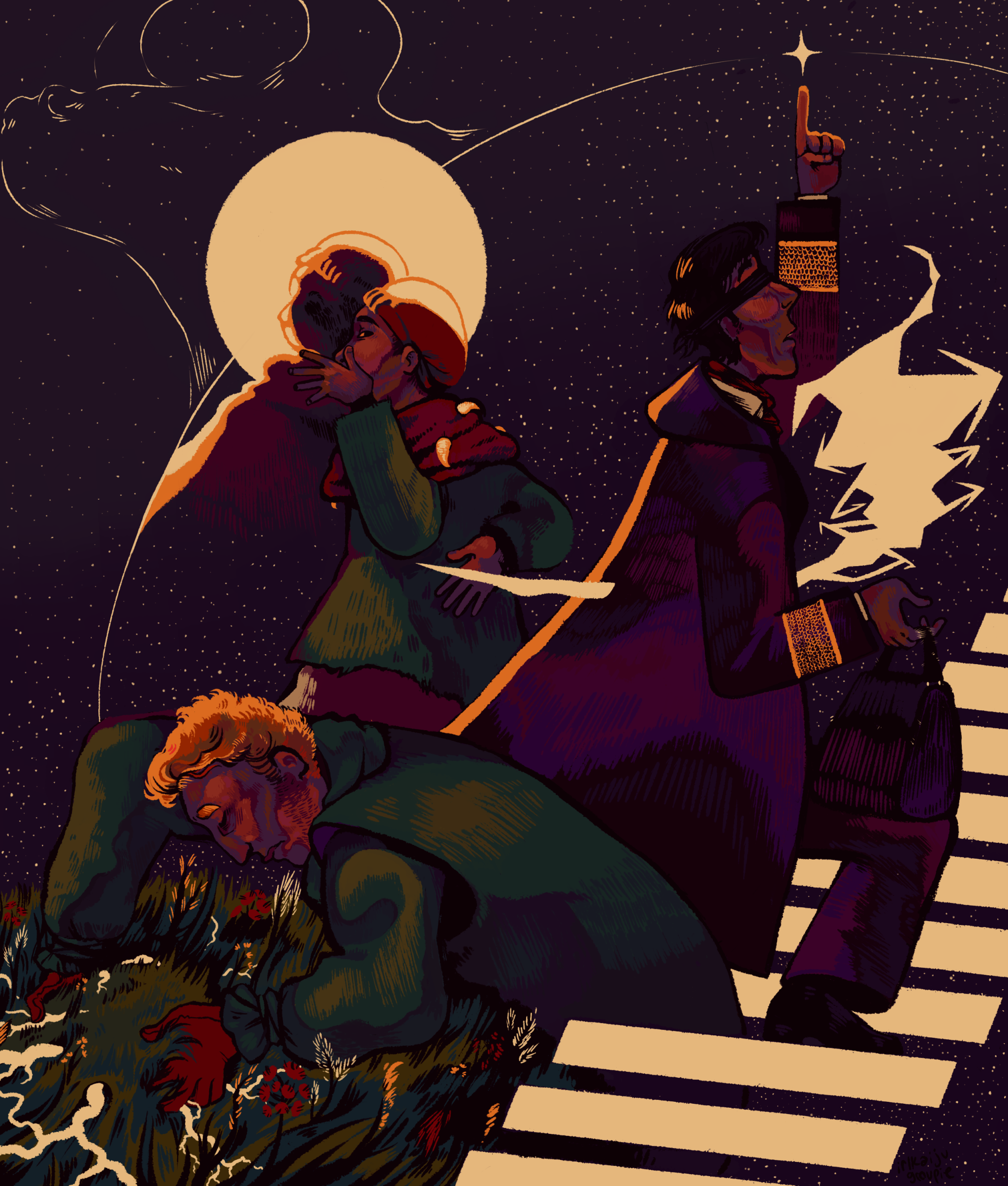 
This is Pathologic fanart. I had a lot of fun putting a little too much symbolism in here, but it's all for you to find out, not for me to explain, eh ?

Image description: A scene floating through a starry sky. In the bottom left of the image, a hunched over and world-weary Artemy Burakh pulls a buried heart out of a little herb-covered planet. His strong-jawed face is pensive and resigned. Twyre, swevery, and ashen swish bloom around him out of the veins of the heart. On the right side of the image, a blindfolded Daniil Dankovsky takes careful steps above staircases to nowhere. Sewed onto his hand is a large carpetbag, and the Polyhedron, a spindly and impossible tower, impales him through the chest. Daniil, his face as if in a trance, points his other arm up towards a distant star. Between the two men, Clara Saburova and her shadow exchange hushed words to each other as the more real, physical Clara stares at the viewer. She has one hand over her mouth and the other over her back, placed above the end of the Polyhedron's spike that pokes through Daniil. Behind the ghostly Clara's beanie-covered head is a bright white halo made of a moon. Between the planet, the moon, and the star, a circlular outline displays their orbits. In the distance, the glimmering silhouette of Bos Turokh, the bull that created the world, looks into the sky. END ID