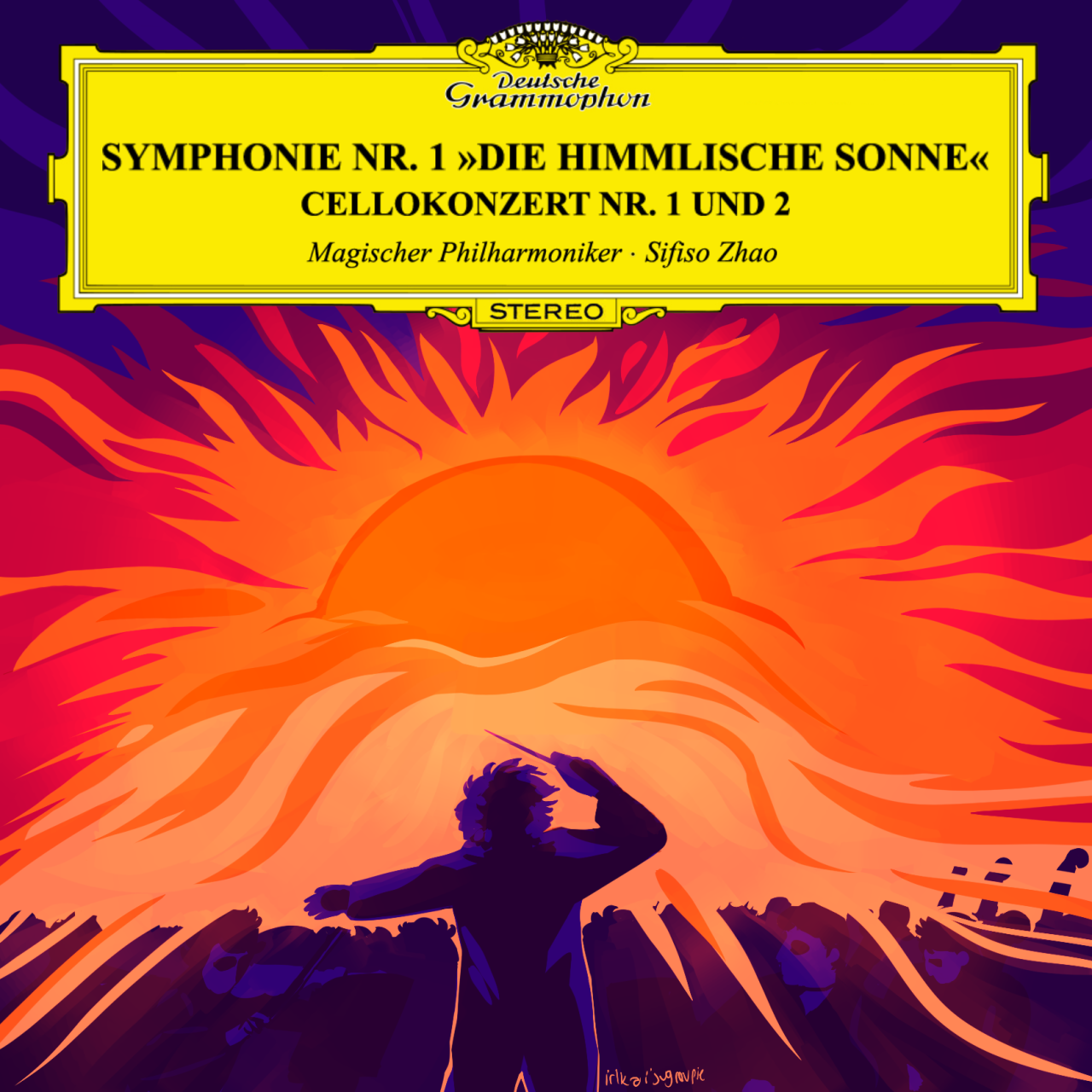 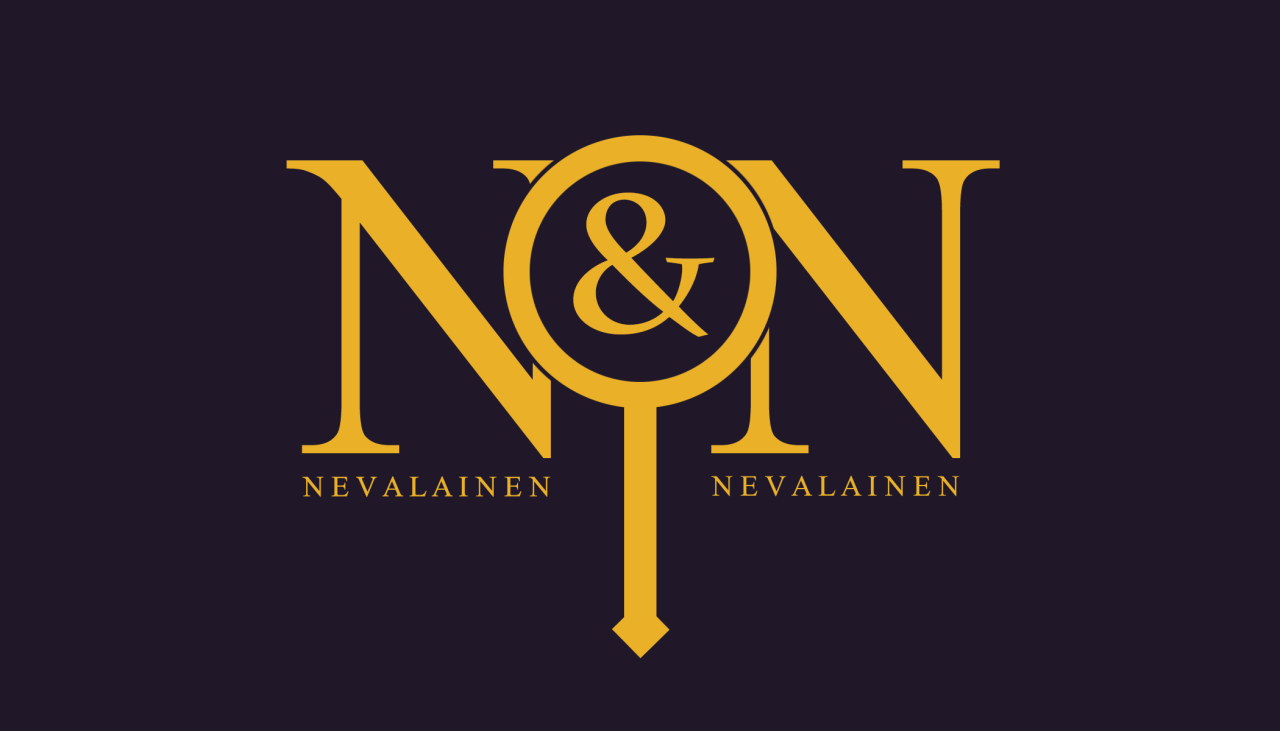 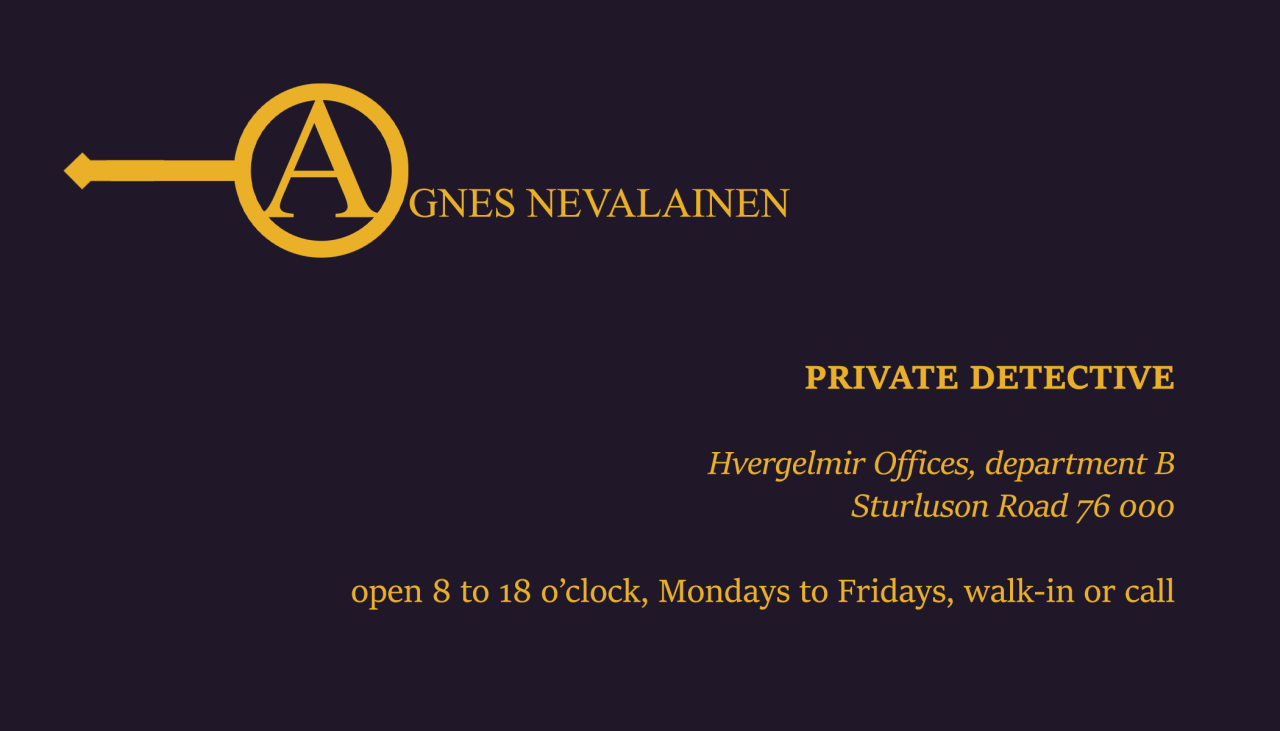 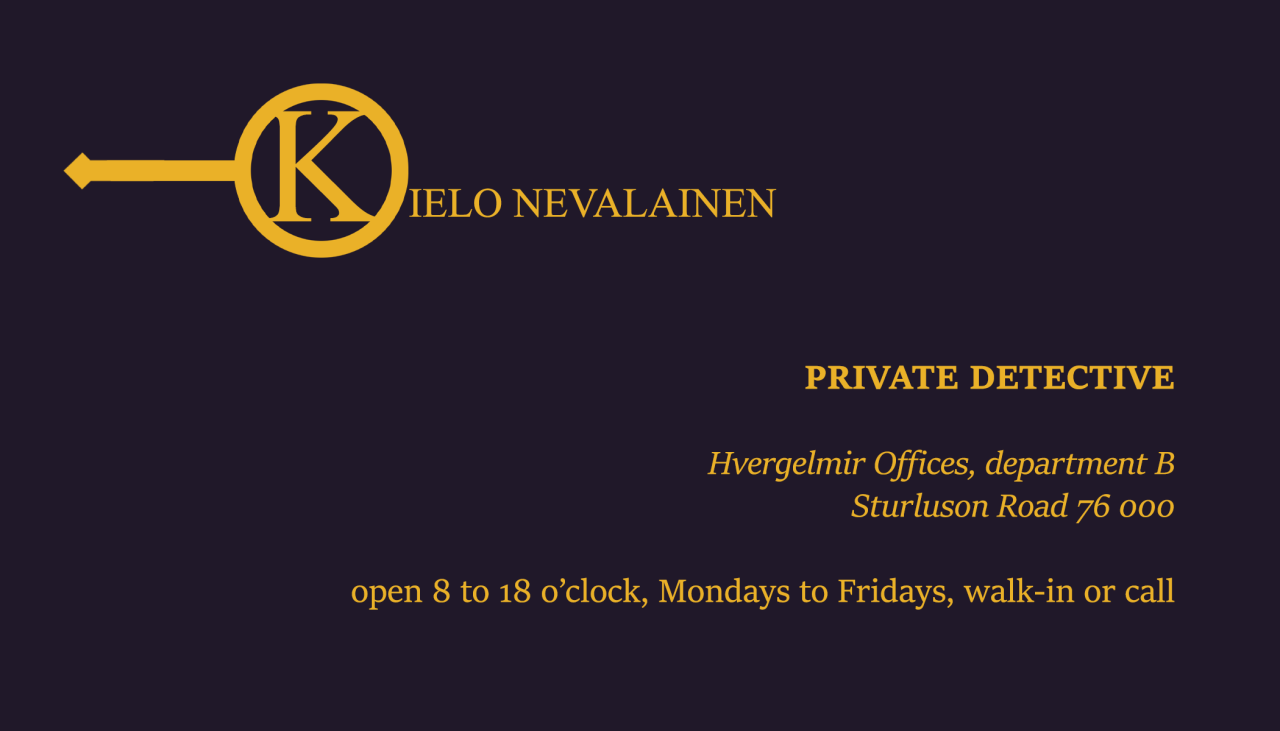 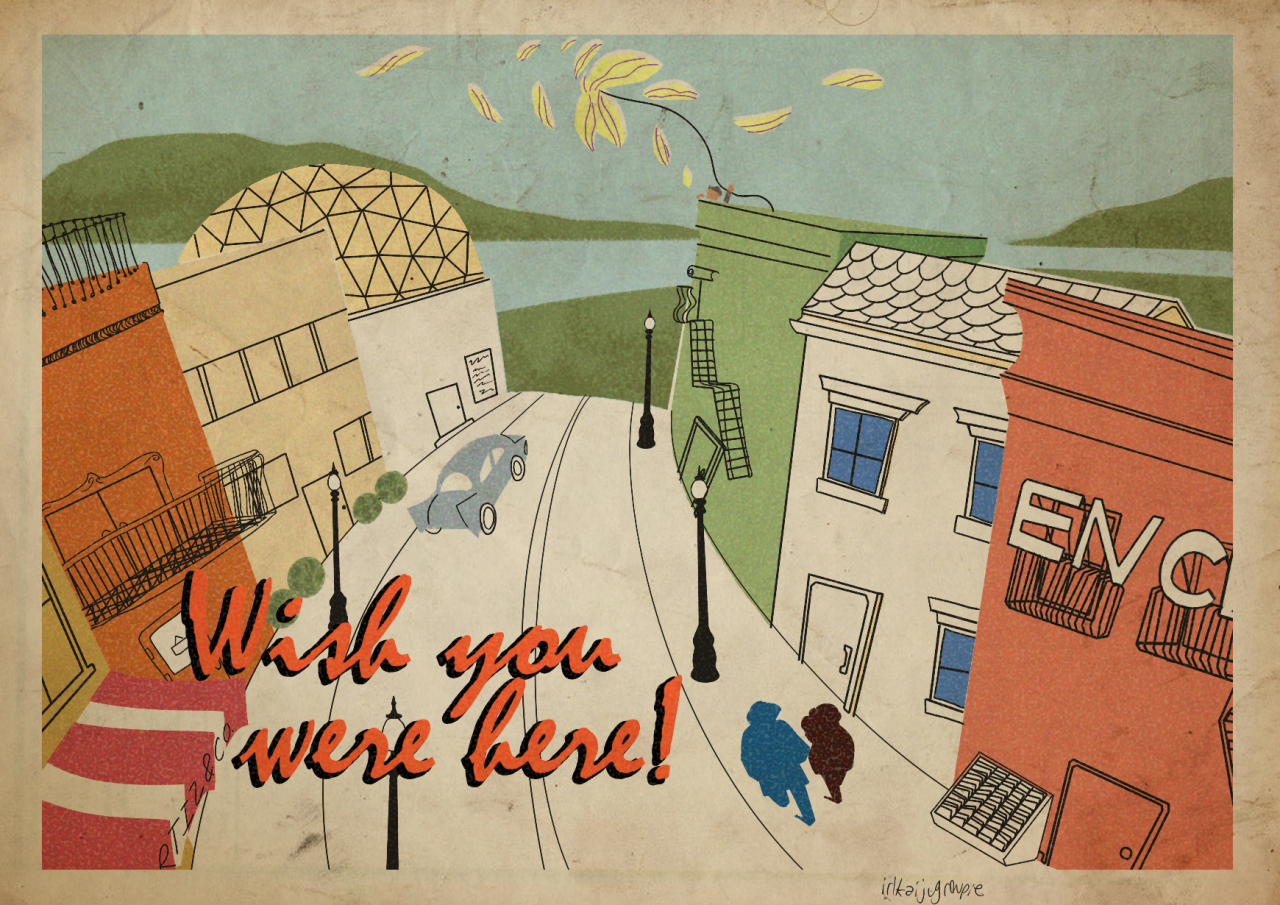 The next one is a fake record cover based off of real Deutsche Grammophon record covers (Deutsche Grammophon don't sue me please I just think your old records look cool) and this features the in-universe composer Sifiso Zhao and some of their compositions. (Also I hope the German isn't wrong...? I asked a friend but y'know, mistakes happen)

Then there's also some graphic design practice with the Nevalainen & Nevalainen detective agency. This is probably not their in-universe business card design (way too modern) but I enjoyed making them!

Last but not least, a postcard based off of the art of Miroslav Šašek. I love Miroslav Šašek's art so much! While he may not be a huge influence on my own art style personally, I can definitely appreciate it.

Made in 2020 with Paint Tool SAI and Photoshop.

Image description: Various pieces of digital art. The first image is a bunch of stamps sitting on a white background. The largest stamp is on the left, and has screenprinted red and blue ink on it. A short Japanese person with shoulder length messy hair stands shoulders up on the left side of the stamp. There is a big smile on their face. On the right standing next to them is a taller Norwegian man with short blond hair. He is also smiling. The text on the stamp says "7" and "KAORU AND JAN" and "FOREVER". The next three stamps are small and matching. They all read "MAGICAL WILDLIFE" on the top of them. The first small stamp has black linework and a desaturated green background. Below "MAGICAL WILDLIFE" it reads "QILIN" and "5" and in front of the background is a Qilin roaring. The next stamp has a dark blue background and says and has "JÖRMUNGANDR" and the third stamp has a red background and says and has "PHOENIX." The fifth and final stamp is extra long and is in screenprinted reds and oranges. In the center is a smiling woman with neck length hair. The text around her reads "HAYES ORGANIZATION OF MAGICAL MEDICINE" and "1875 - 1975".

The next image is a square record sleeve. It has a painted picture and on the top is the vintage yellow Deutsche Grammophon label style. On the label it reads "SYMPHONIE NR. 1 »DIE HIMMLISCHE SONNE«" and "CELLOKONZERT NR. 1 UND 2" and "MAGISCHER PHILHARMONIKER - SIFISO ZHAO". The picture is in a color palette of bright orange, magenta, and purple. Shadowed in purple is Sifiso Zhao wildly conducting an orchestra. Above them the sun rises, sweeping light over them and radiating out like it was exploding.

The next few images are business cards with a deep desaturated purple background and amber text. On the front side of the card are two large N's placed behind a minimalistic magnifying glass design. Inside of the magnifying glass is an ampersand, and below both of the N's there is text that reads "NEVALAINEN". On the next side of the card it says "AGNES NEVALAINEN" in the top left and in the bottom right it reads "PRIVATE DETECTIVE, Hvergelmir Offices, department B, Sturluson Road 76 000, open 8 to 18 o'clock, Mondays to Fridays, walk-in or call". The last card design says the same thing except the name in the top left reads "KIELO NEVALAINEN."

The last picture is a postcard design in a style similar to that of Miroslav Šašek, with flat colors and geometric, easy figures. It shows a city hill with various buildings of colors and architecture design on either side of a road. In the distance, the sky is blue and islands in the ocean can be seen. Text on the bottom left reads "WISH YOU WERE HERE!" END ID