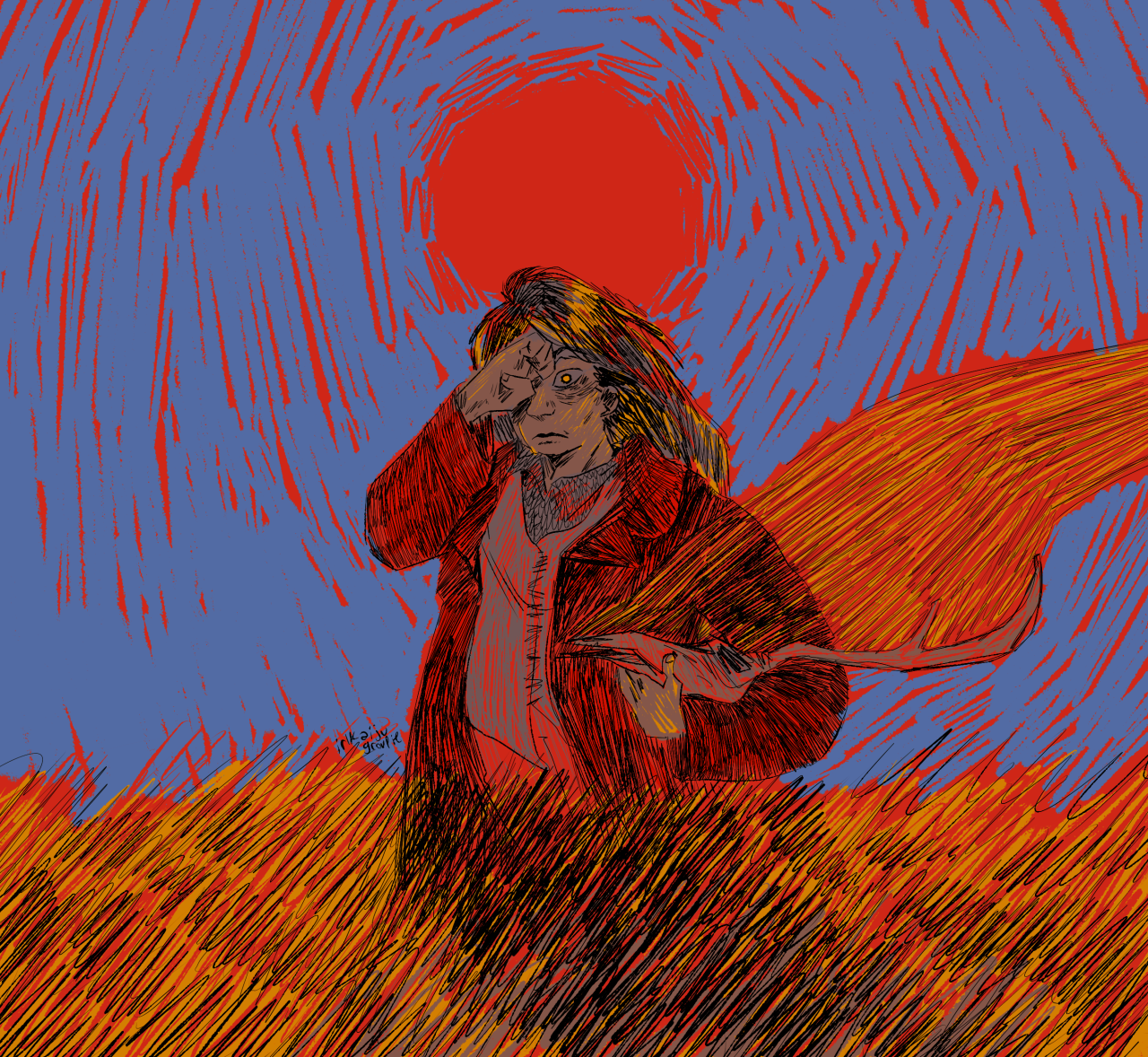 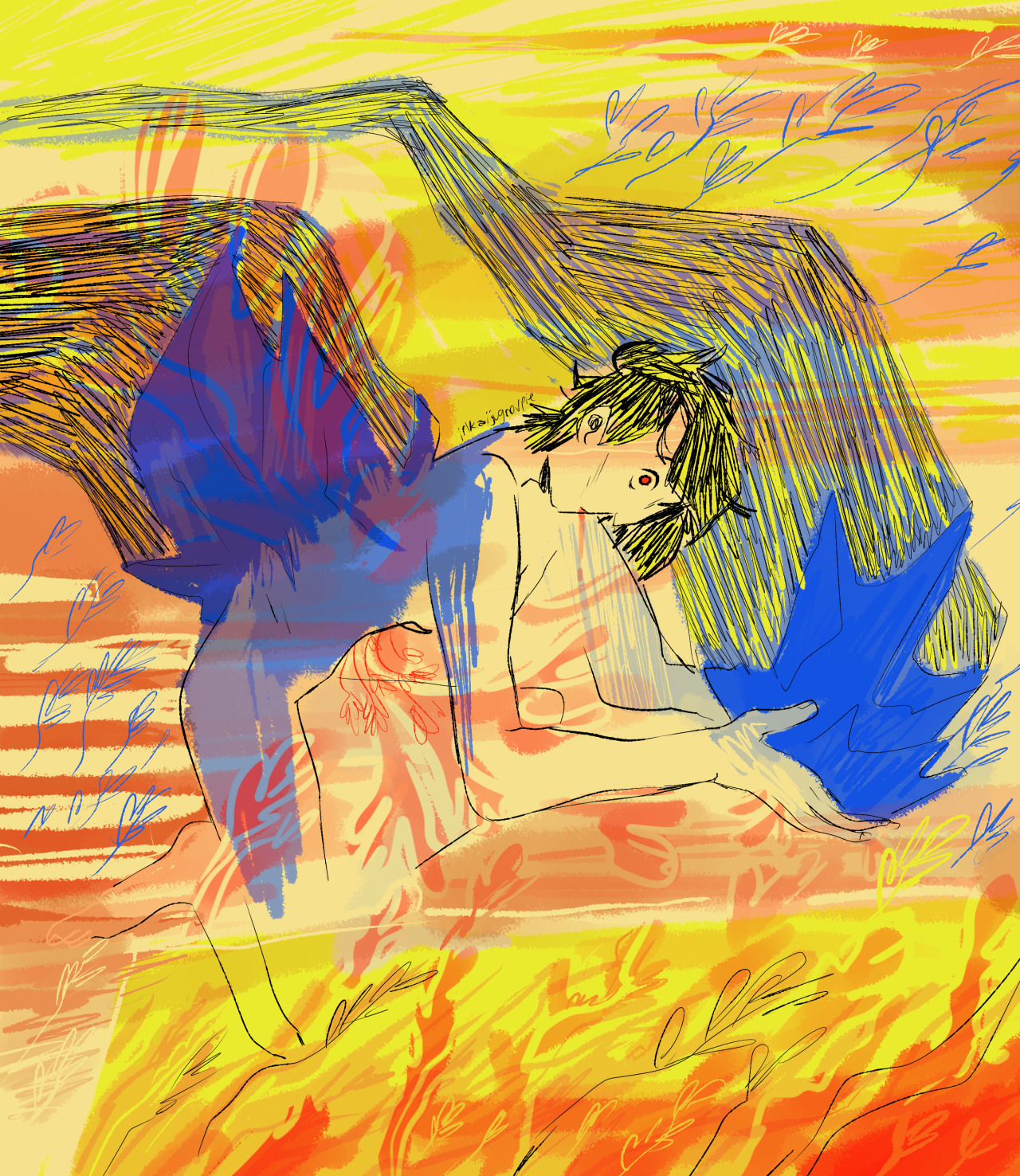 This is drawn for the Statue on the Wall. Both of these characters are the world's equivalent of 'witches' of a sort: called noikhin (noikhi singular) in the middle strawlandish language. It involves less of a structured form of magic but a special connection to the Crystal - something that can bring someone both dishonor and power. Pretty stressful, especially since both Sinta and Issyk come from communities that bear noikhin responsibilities that they may not necessarily be ready for.

Image description: Three pieces of digital art. The first two are the same picture, but with modified colors. With a messy style involving lots of lines, a young woman, Sinta, is drawn standing in a field of waist high grass. She wears a coat too large for her and is pressing her right fist up to her right eye, which is crying. Her left eye is wide open. Her long, straight, dark hair flows out behind her. Tucked in her left arm is a deer skull, its antler branching out. The colors used are a light purple-blue, a vivid slightly desaturated red, a deep grey-pink (for Sinta's skin, clothes, and the skull), and bright yellow. The deer skull has smoke protruding out of it. Right behind and above Sinta's head, the red sun gleams in a circle. The second picture has slightly less of a reddish tint across the whole picture.

The third picture shows a man, Issyk, hunched over and sitting on his knees. He is completely naked, but his private parts are covered by his thigh and his breasts are covered by his forearm. His head is in profile, and his one eye shown is wide open. He is holding, almost reverently, a chunk of vivid blue crystal which is emitting smoke, but protruding from his spine like a large buboe is a larger chunk of blue crystal. The blue also drips down his shoulders and back. The rest of the picture is messily colored in both light and vivid yellow and shades of pink and red. In the bottom of the picture, by Issyk's feet and knees, is a yellow rectangle. Within the rectangle, wheat messily colored in shades of orange and red are shown. Wheat can also be seen sprouting, in blue, by Issyk's feet and up near his head. Vivid red wheat also sprouts from his chest. END ID