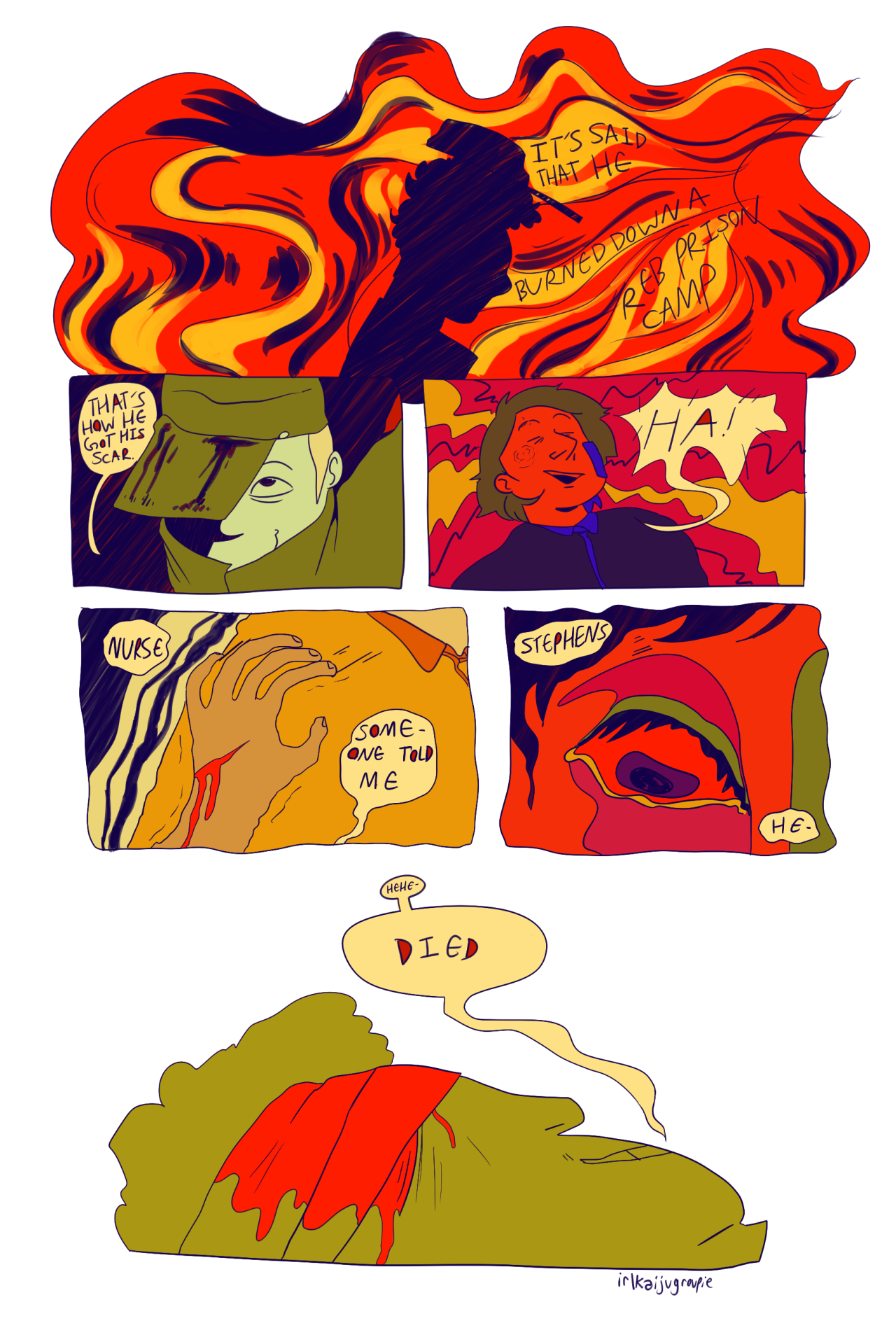 Image description: Visions of Stephens, bathed in fire, can bee seen amongst the soldier's words.

Soldier: It's said that he burned down a reb prison camp. That's how he got his scar.

Ada bursts out a dismissive laugh.

Later, Ada tends to a patient who bleeds out of their eyes, now covered tight with bandages. The patient's bleeding hands scrabble weakly at her sleeve.

The patient breaks off to laugh a bit.