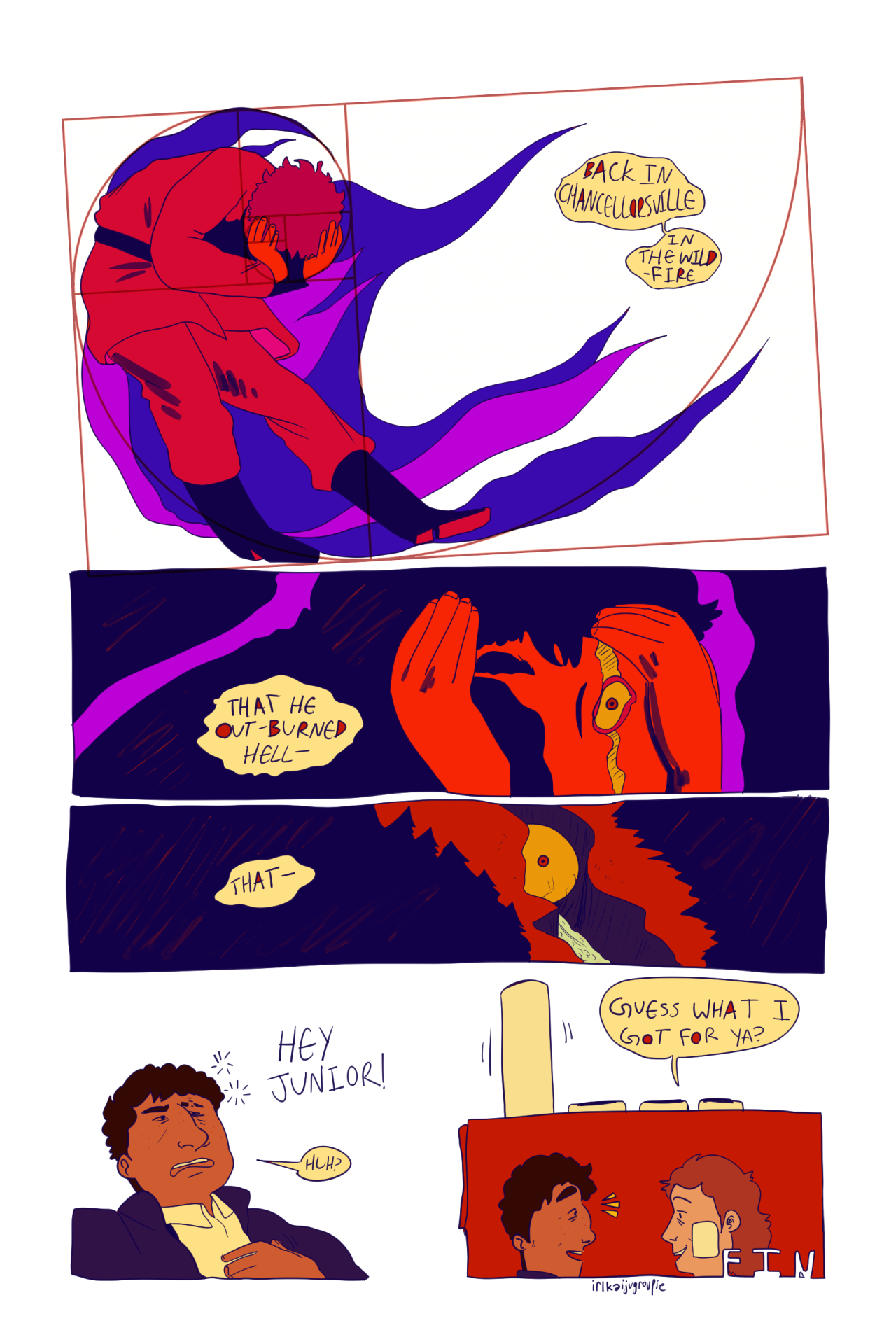 Image description: Stephens is seen, hunched over in agony, as both flames and the golden ratio swirl around him.

Patient: Back in Chancellorsville in the wildfire... That he out-burned hell... That-

As the patient speaks, the panels zoom more and more in on Stephens's scarred eye. Closer and closer, one can see that his scar is like a canyon river, his hair like a forest, his eye bulging out of the deep canyon that cuts through the Earth.

Stephens jolts awake sleepily. He is reclining in the dirt, his uniform loose.

Ada holds out a pack of cigarettes and shakes it so that one pokes out of the pack. She smiles, and Stephens brightens.

Ada: Guess what I got for ya?