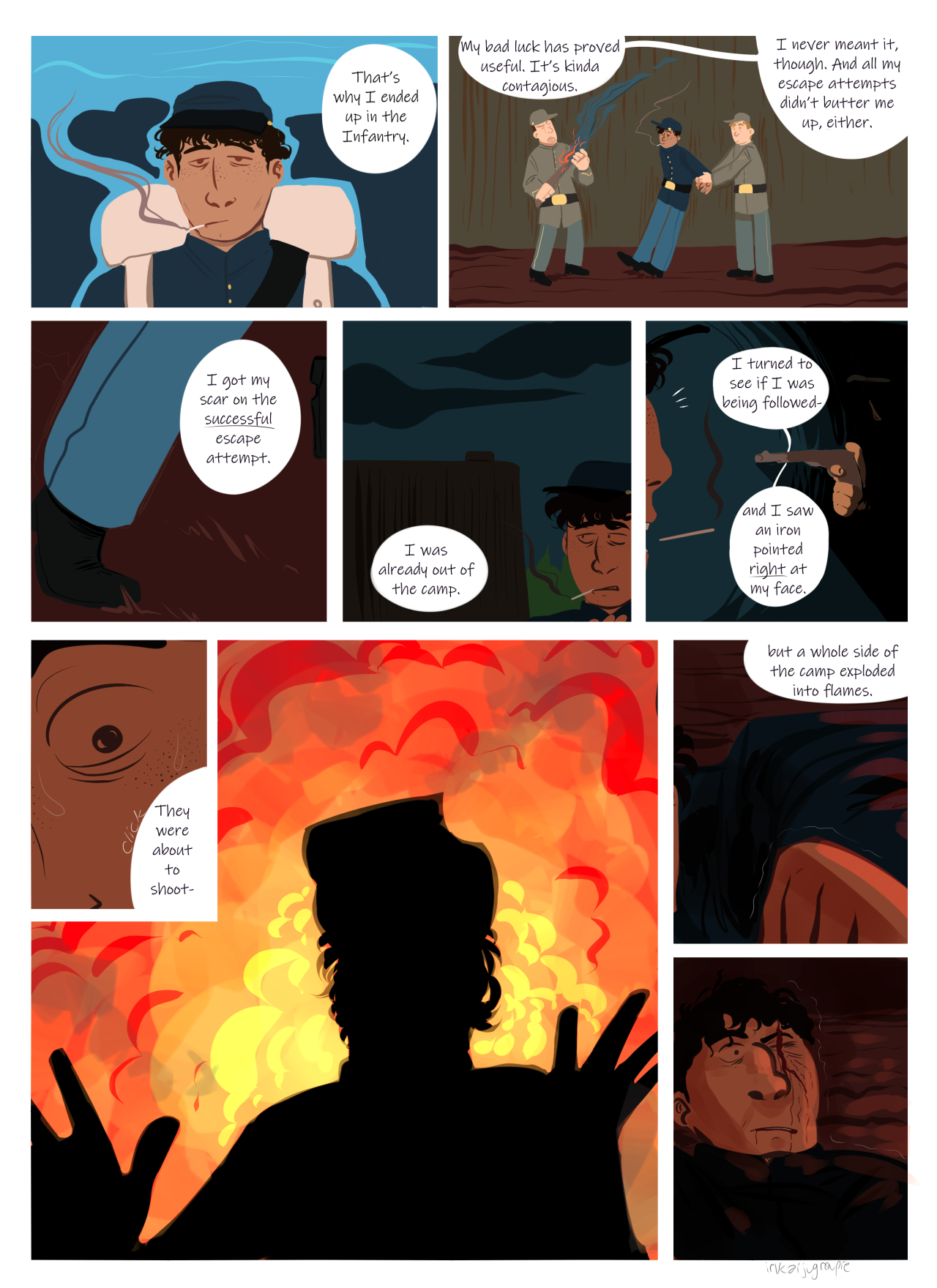 This was the first thing I ever made of Sergeant Stephens, so a few things are off - namely his design (he has darker skin and a much more obvious scar) but also some of the details, but this is still pretty much canon. He wasn't alone in said prison camp, as goes the tale now, but I doubt he would bring it up to those who're basically strangers.

Stephens: That's why I ended up in the infantry.

An image shows of Stephens restrained by Confederate soldiers, but they've reared back due to the fact that one of their rifles just set on fire, sparing Stephens.

Stephens: My bad luck proved useful. It's kinda contagious. I never meant it, though. And all my escape attempts didn't butter me up, either.

Then, it shows Stephens running.

Stephens: I got my scar on the successful escape attempt. I was already out of the camp. I turned around to see if I was being followed, and I saw an iron pointed right at my face.

Stephens shrieks in surprise, sweat pouring down his face as a pistol is aimed right at him.

Stephens: They were about to shoot-

He is flung back across the grass as an explosion of fire and shrapnel erupts in front of him, enveloping not only his attacker but everything he can see.

Stephens: -but a whole side of the camp exploded into flames.

Shivering, Stephens lays, shaking and bleeding out of the whole left side of his face, and stares in horror and awe at the fire.