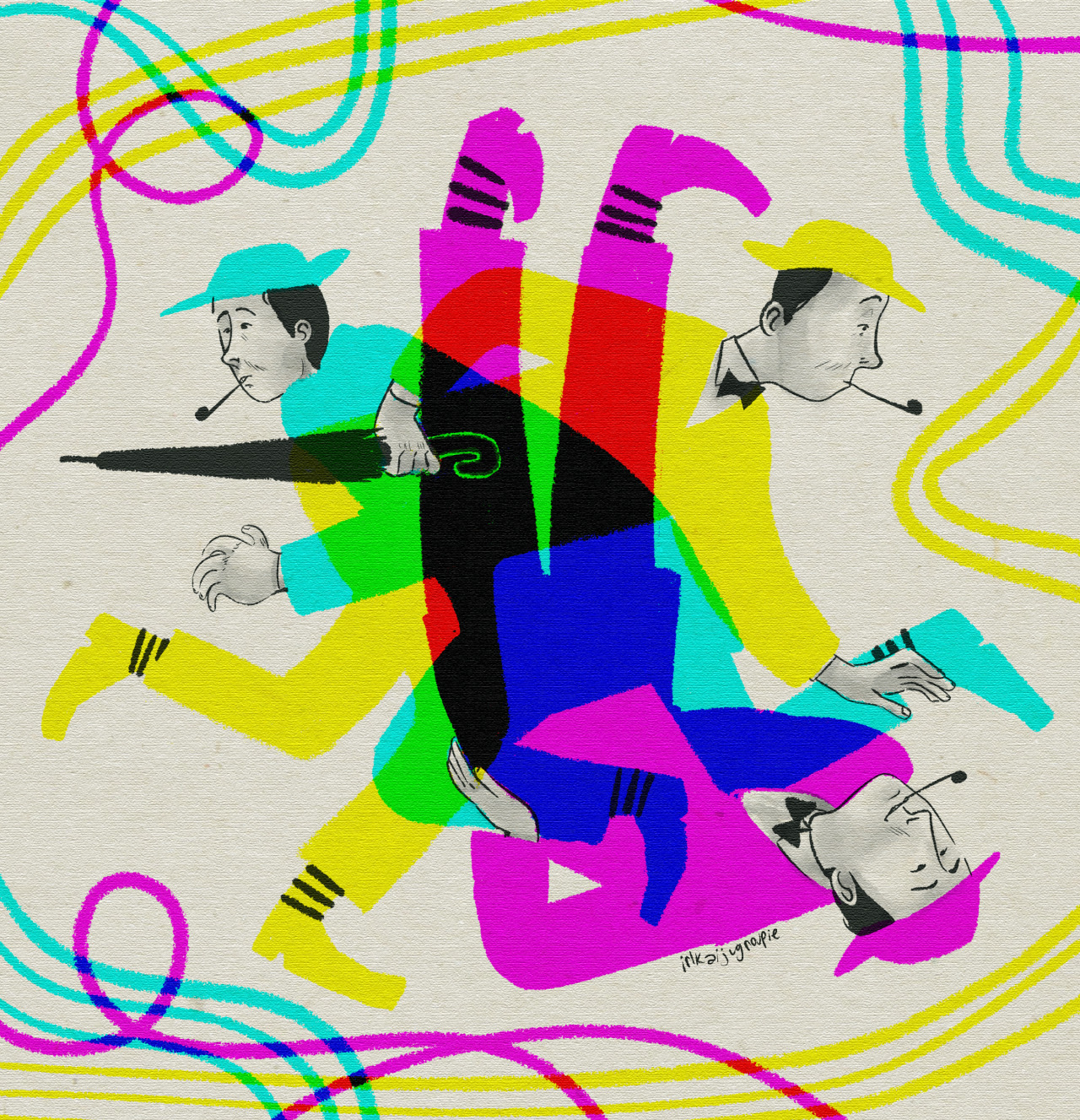 Checkmate! I'm a Jacques Tati fan! This is vaguely inspired by the Criterion Collection poster for Mon Oncle, which is by David Merveille I assume. It doesn't say it on the website but Merveille's art of Hulot is very recognizable.

Image description: Digital art with a tan background and a paper texture over the whole thing. On the picture are three versions of the same man, Monsieur Hulot, overlayed over each other. His head, collared shirt, bow tie, and hands are lined with dark grey and shaded with a slightly soft, mottled shading, while his hat, coat, pants, socks, and shoes are all colored with a single flat color. Hulot is a pale man with a long face, straight nose, and pipe stuck in his mouth. One version of Hulot has the flat color as cyan, the next has it yellow, and the third has it magenta. His socks have black stripes. The cyan Hulot is running to our left, both his knees bent and his forearm tucked into himself while his lower arm sticks out perpendicular to his body. His face is one of slight worry and intrigue. The yellow Hulot is slightly off kilter and not upright. He is running to our right and his face is in profile. As he runs, his arms swing in either direction, and his umbrella is clutched in one hand. The magenta Hulot is nearly upside down in our view. He leans forward, arms bent back in a sort of triangle formation so his hands can rest on his waist. He smiles fondly. The yellow, cyan, and magenta shapes of his form all overlay onto each other so they make green or red or dark blue or black the more they overlay on each other, similar to actual CMYK color printing. END ID