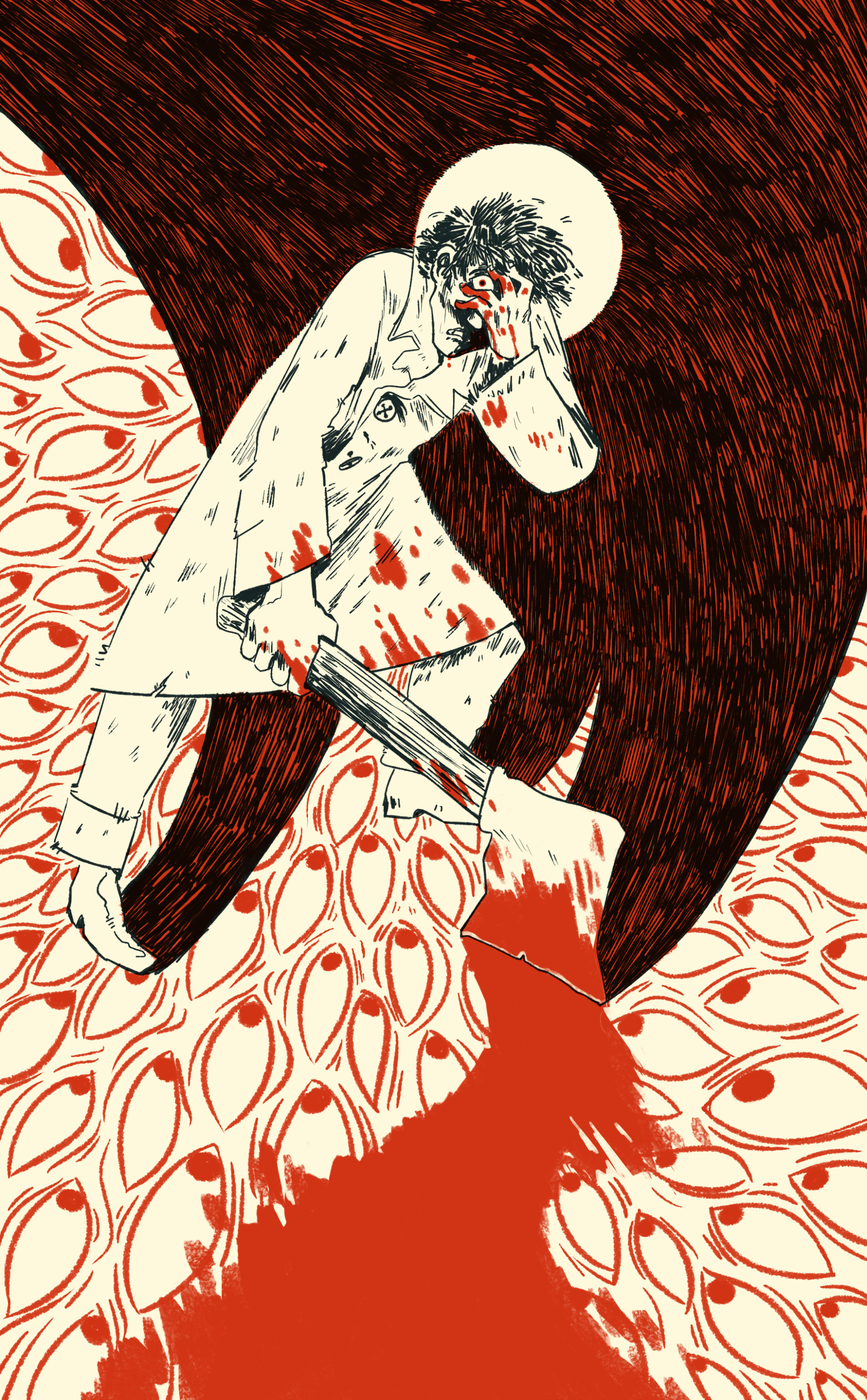 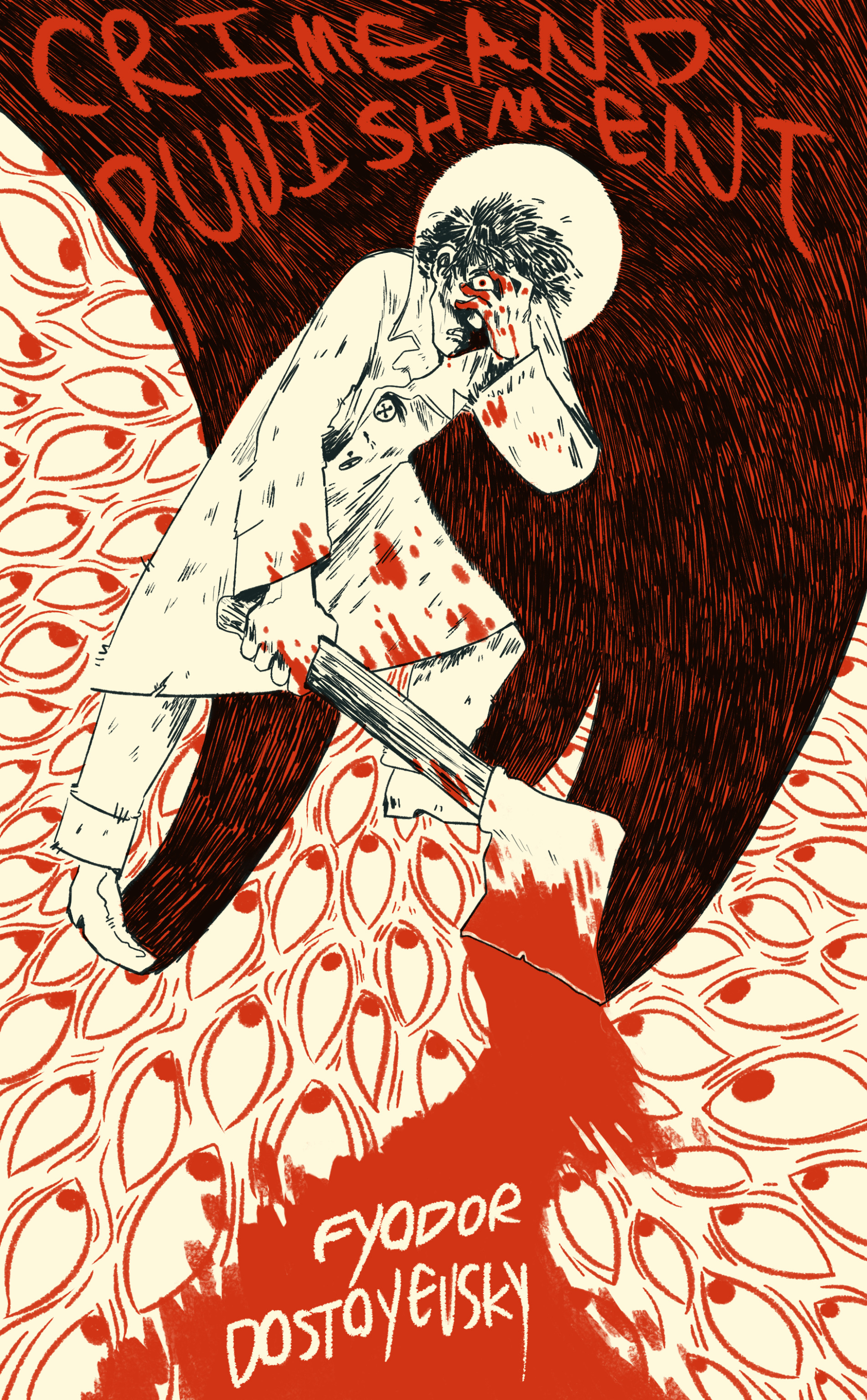 Here's a little fake cover I made for Dostoyevsky's Crime and Punishment - I've actually only read it like once, but the concept of designing a cover for it and its imagery has always struck me, so I did just that. This is technically a redo of an older piece from like 2 years ago, but not much is the same except for the black white & red colors and the motif of a bunch of eyes staring at Raskolnikov while he stares at the viewer.

Image description: Digital art made up of textured lines and lots of hatching. Rodion Raskolnikov, a long-faced Russian man with frazzled hair and a ripped coat, is hunched over slightly, his form pulled down by the weight of the bloodied and dripping axe that he carries. His bloodstained hand clutches at his frowning face, covering up one half of his face. The other eye stares, terrified, right at the viewer. Around Raskolnikov, hundreds of eyes congregate around him, and all of them stare right at him. His shadow curves up and around the image, broken only by the white circle, similar to a saint's halo, behind Raskolnikov's head. The second image is the exact same as the first, minus handwritten text over the shadow and blood trail left by the axe that reads "CRIME AND PUNISHMENT" and "FYODOR DOSTOYEVSKY." END ID