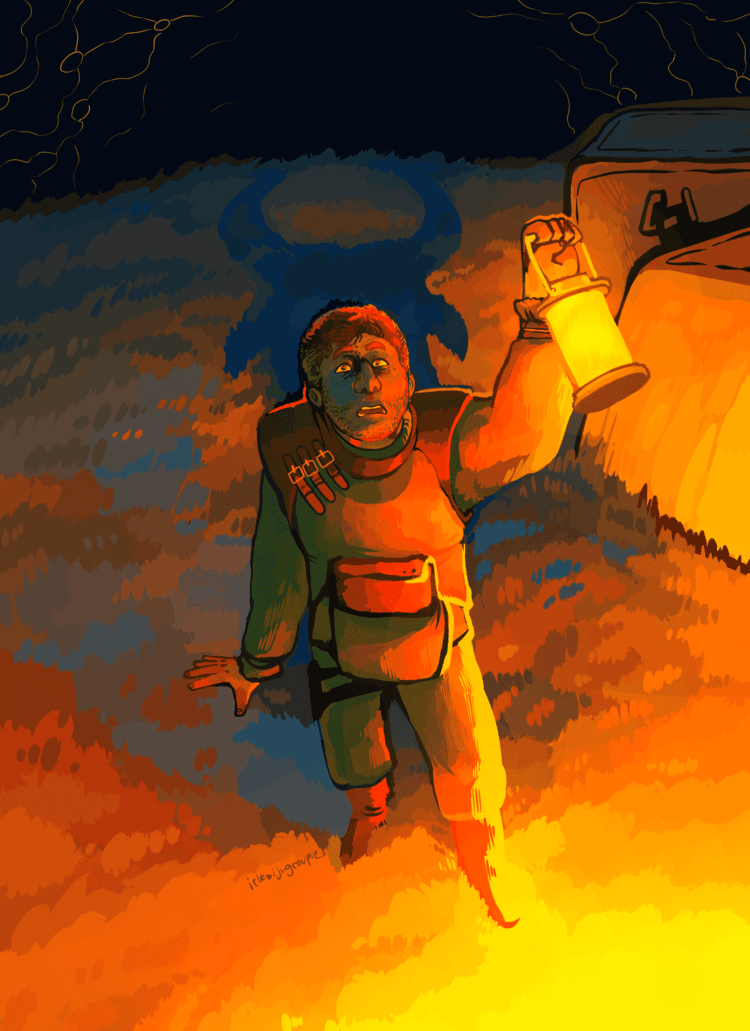 Image Description: Digital art of Artemy Burakh, a burly man with a strong jaw, short stubble, and slightly curly dark brown hair, holding up a bright yellow lantern as he walks through steppe grasses alongside a fallen train. He stares in awe and a little horror up at an unseen Bos Turokh. His shadow extends behind him into the darkness, but so does Bos Turokh's, and Bos Turokh's long, curved horns extend behind Artemy's head as if Artemy himself is the world bull. Behind him, Lines curve through the sky. End ID.

"That is Bos Turokh. A creature of steppe legends from which the world was created. What was he trying to achieve here? Stupid. Life can never prevent death."

This is a quick painting of one of the opening dreams from Pathologic 2, where the train that the Haruspex is riding on is derailed by a dream manifistation of Bos Turokh, who stands between the train and the clouds of Plague that surround the tracks. While I'm more experienced in the original game, the beginning of Pathologic 2 is quite cinematic, I love it.