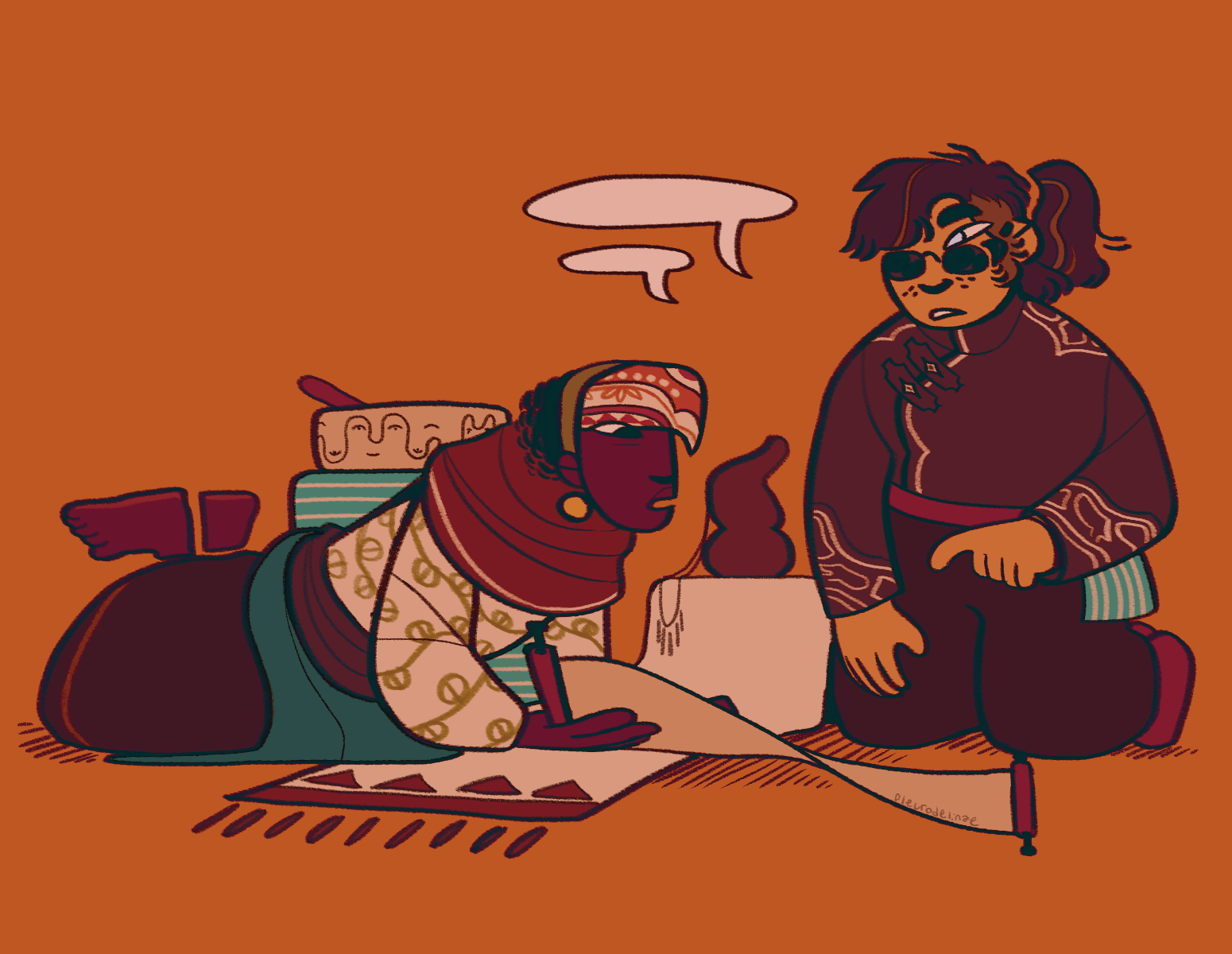 Image Description: Digital art in simplistic shapes, with shades of clay red, cyan and magentas. Two individuals are resting on the floor, one laying on their stomach, the other kneeling, next to some boxes with blankets draped atop and items such as a drinking gourd, bowl, and spoon atop them. The two are talking amongst each other while reading off of a scroll of hemp. The one laying, Leabua, has dark skin and curly hair, and wears both a band of fabric and a painted wooden visor, in a shape similar to an upturned ship's bow, atop their head. Leabua holds the scroll and points to something on the paper. The one kneeling, Tunín, has lighter skin, greying dark hair tied back in a ponytail, and wears side shades to cover his milky eyes. One of his hands rests on his thigh while the other gestures at the scroll. End ID.

A Discussion of Historic and Academic Merit

I've been in the mood for more of this simplistic style (as also done here) at the moment.