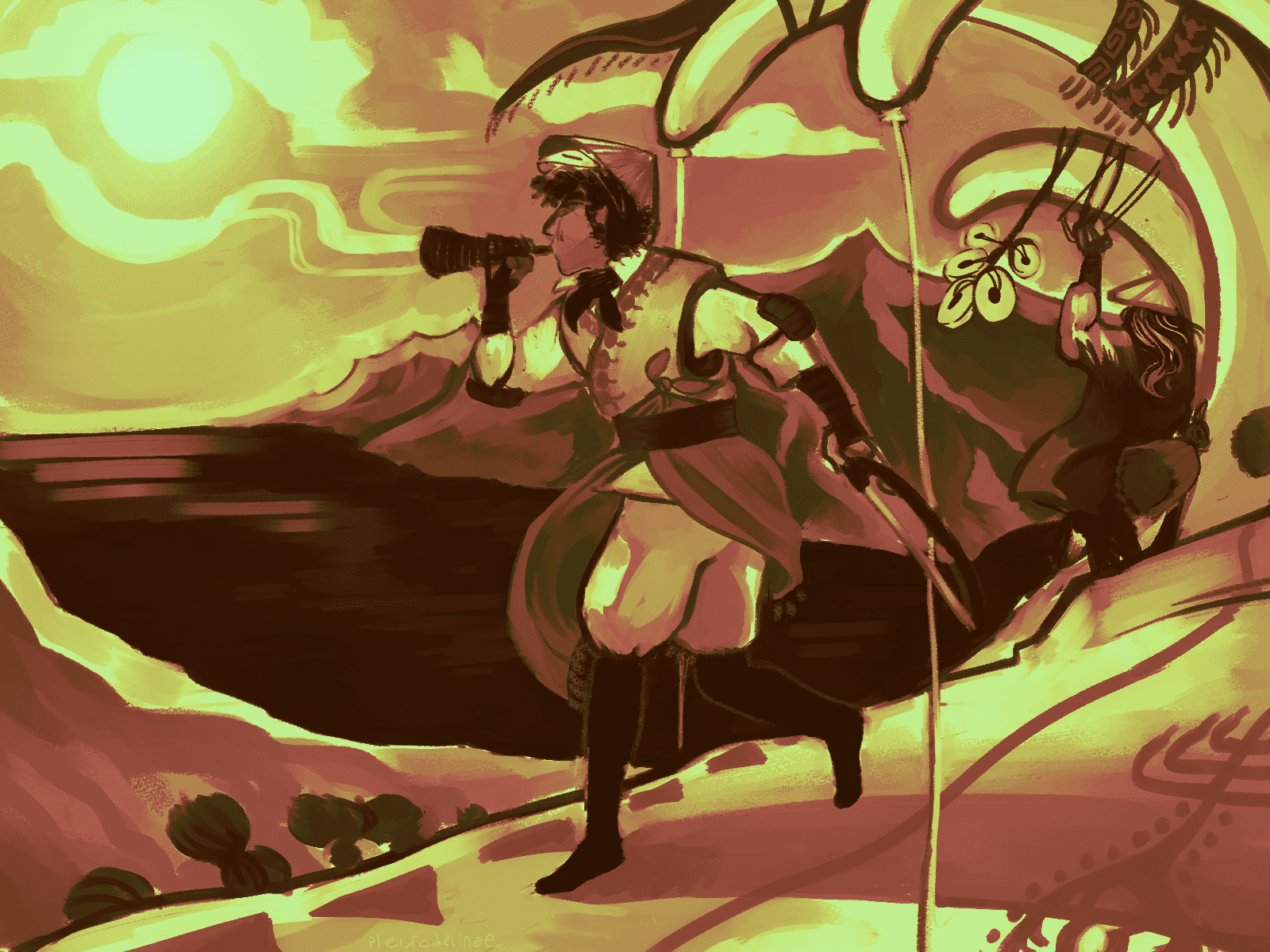 Image Description: Digital art in painterly shades from a yellow-green to a rich pink. It shows a view from the perspective of a huge, bony, fabric-covered instrument flying through the sky, and in the background rise some mountains around a widening body of water. Stepping forward on the fabric body is the titular hornblower: a tall individual with curly hair, donning a conical straw hat and multiple loose layers, with their forearms and legs tucked into dark fabric wraps. With one hand they hold out a ridged horn and blow through it, creating winds that mix with the clouds, and with the other hand they run a bow along one of the long strings. In the back, another musician works the coin chimes. End ID.

while not the most polished, I had fun messing with this. Anyways, enjoy some lore:

They usually fly in large, cobbled-together instruments of bone and fabric called a ceyu in Bugetiy'agit, a hanikh in Sekhenakhet, and a hani-ooech in Lipelaya, that come to life upon the creation of music within its body.

While there is no one traditional orchestra, and truly they are no one true formal group themselves, there are a handful of typical roles that certain musicians may take. There is the concertmaster, a sharp-eyed navigator which multitasks in their own role and directing the others. There is also the hornblower, who uses their horn to alert both the orchestra and others around of important events such as preparation for landing, a sight of land, or other things of note.

One notable story that many musicians who fly know of is that of the coveted horned seal's duet. In the northern center channel and around the mouth of the white sea there live a species of seal who consume magic by keratinizing it into a large horn. When a ceyu passes over a group of seals in the oceans or on the coast, the two groups could possibly duet off of each other, creating an expression of magic so potent that it stirs up the winds and the currents into a burst of speed and energy. As such, orchestras constantly are on the watch for seals, and associate them with good luck.