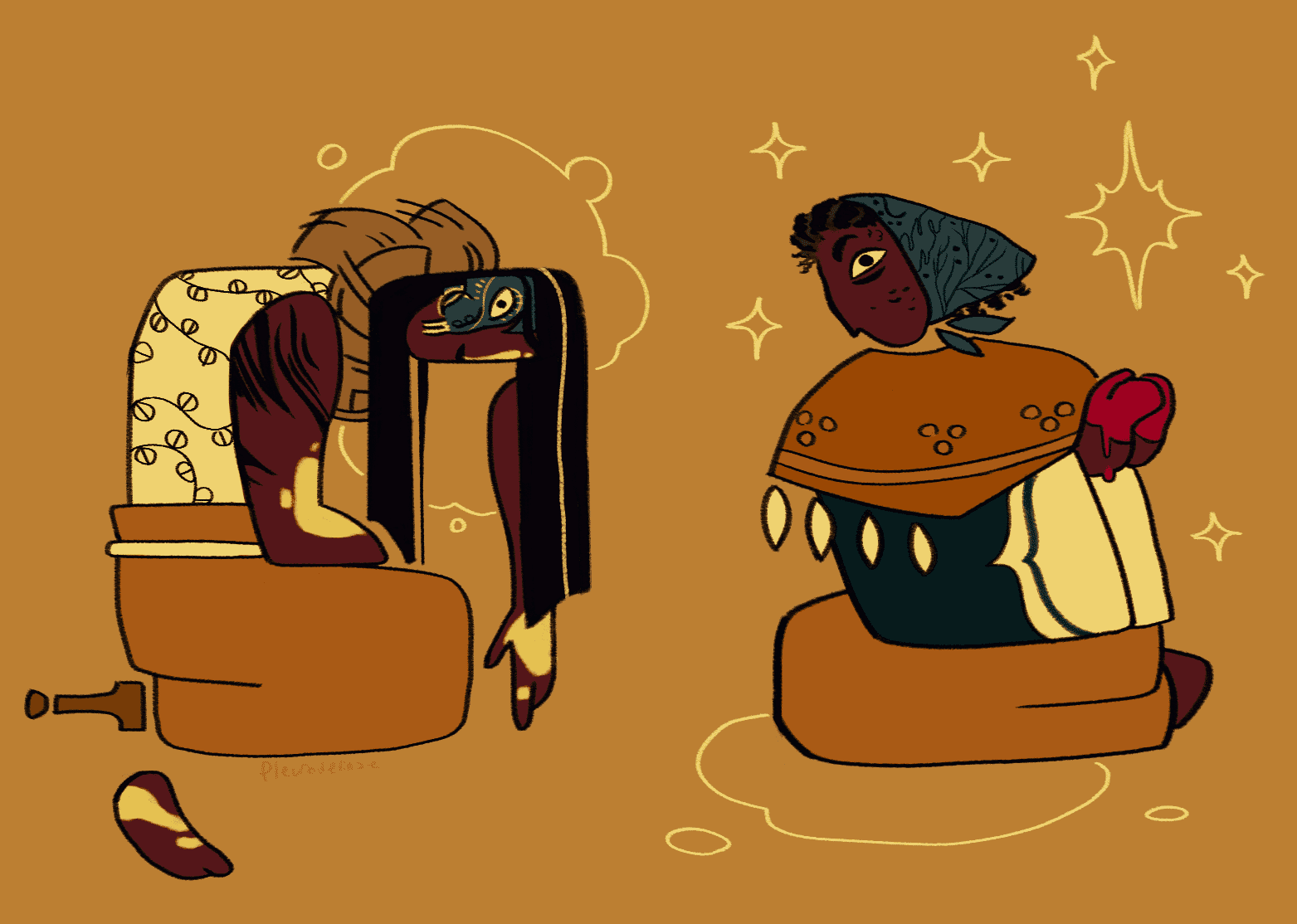 Image Description: Digital art in simplistic shapes, with shades of yellow-oranges and navy blues. On the left, the scarred prophet Tel with a broken canid mask is slumped over, their bent back a flat plateau. From their neck fans out a collar of straw, but also a silhouette of blood-splatters. On the right, the doctor Kholou kneels wide-eyed, their blood-covered hands pressed together. Around their head float six small stars, and one brighter one. End ID.

The Plateau & The Seventh Star

More of those simple talyo'a cards as characters, the first one being right over here.

The Plateau is the very first card in the major talyo'a deck, and is similar to the fool. The Plateau represents a sudden change and a call to action-- that is to say, literally falling off of a cliff. It represents those new beginnings, that quest your starting, that call to action-- but... maybe you don't really want to do it. It's dangerous after all. And you're scared. But the plateau keeps falling.

The Seventh Star refers to the seventh of the main navigational stars used by basically everyone, as the stars are, after all, important to finding your way around. However, the seventh star is also not just that, but it has a common association with luck and superstition. If you feel lucky today you would say that the seventh star is smiling upon you. The card itself represents on one hand careful and wise precaution, but also paranoia.