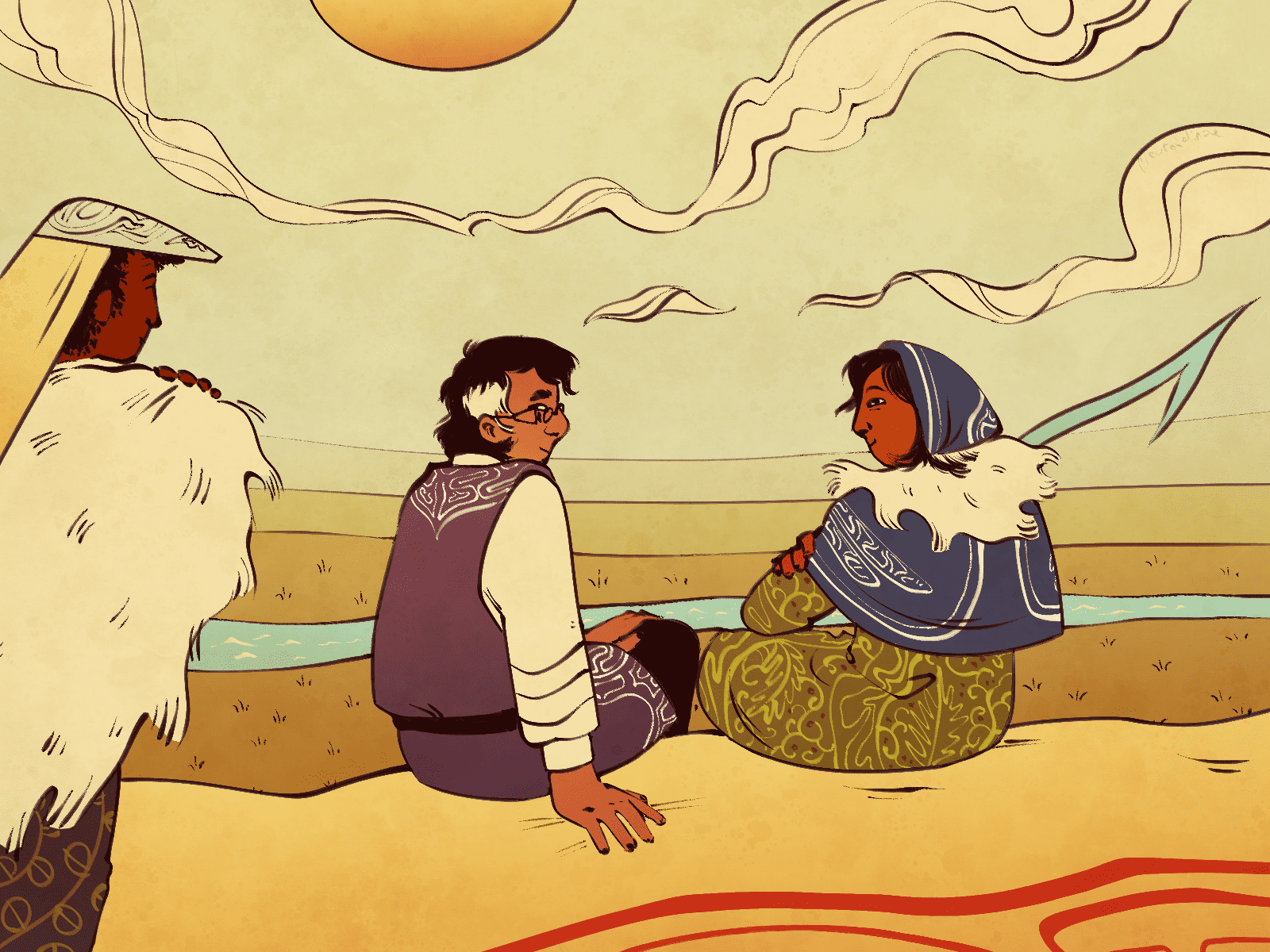 Image Description: Three people rest on the top of a large, cloth-covered creature as they take in the view of the distant Lipekay-Budva river. The two on the right, Tunín and Sinta, are sitting down facing each other, clad in warm clothing and both smiling. The third, Leabua, is walking over to the two of them, pulling a fur onto their shoulders. The view is wide and expansive as the grassy steppe rolls out before them, the river carving its way through it in the distance. End ID.

Here For the Views

A worldbuilding tidbit: the Lipekay-Budva river is a large river in the north of the world, sidewinding its way through the steppe and into the White Sea. However, there's a large ruins - what was once, until very recently, a bustling city - near where it begins to fan out into a delta. Like an open wound, it bleeds into the river and runs it a dark and bloody red.

Not up here, though. This art shows the Lipekay-Budva where it is completely blood-free.