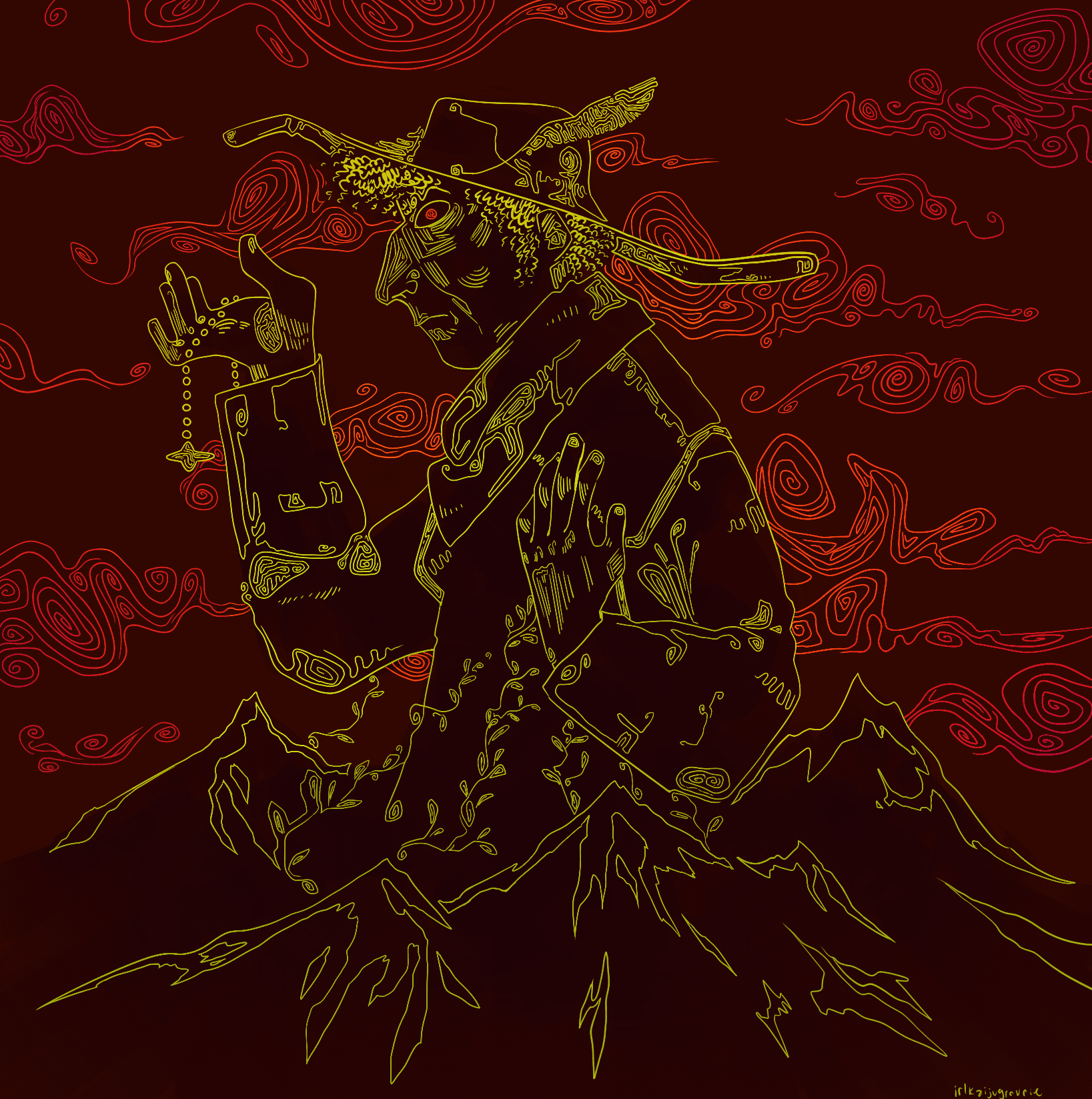 Image Description: Digital art in greens, browns, and oranges, with heavy use of detailed linework, not unlike hatching. Qiwahcha, a hooked nosed fellow with a stern look, feather in their hat, and bearing the look of a weary traveller, rises above the mountains and around the clouds. They hold their left hand delicately to their chest, and they have their right hand raised up and holding prayer beads. On the end of the prayer beads is a small, irregular diamond shaped charm, the traveller's charm which corresponds to their godly domain. End ID.

Qiwahcha, or Wahcha, literally meaning "wanderer," is perhaps the one greenlandish god that speaks, acts, and looks as a person does. They started the tradition and culture of sacred travelling across the Bugetiy'aguto, and is considered the patron of all on the roads. They are often depicted in art with many faces, but what is consistent is that they are always a fellow worn down traveller, and they are always placing their left hand, with prayer beads wrapped around it, to their chest.

They're the patron of vagabonds, baby! I like them a lot out of the pantheon i've... made up... if only because compared to the rest of the Bugetiy'agit gods and spirits they are the only one who is, like, Just A Dude. All the other gods are like huge and/or bear incomprehensible forms and they're just... the person you befriend in the waiting line for something or at a park, so on, then never meet them again. Just Some Guy!