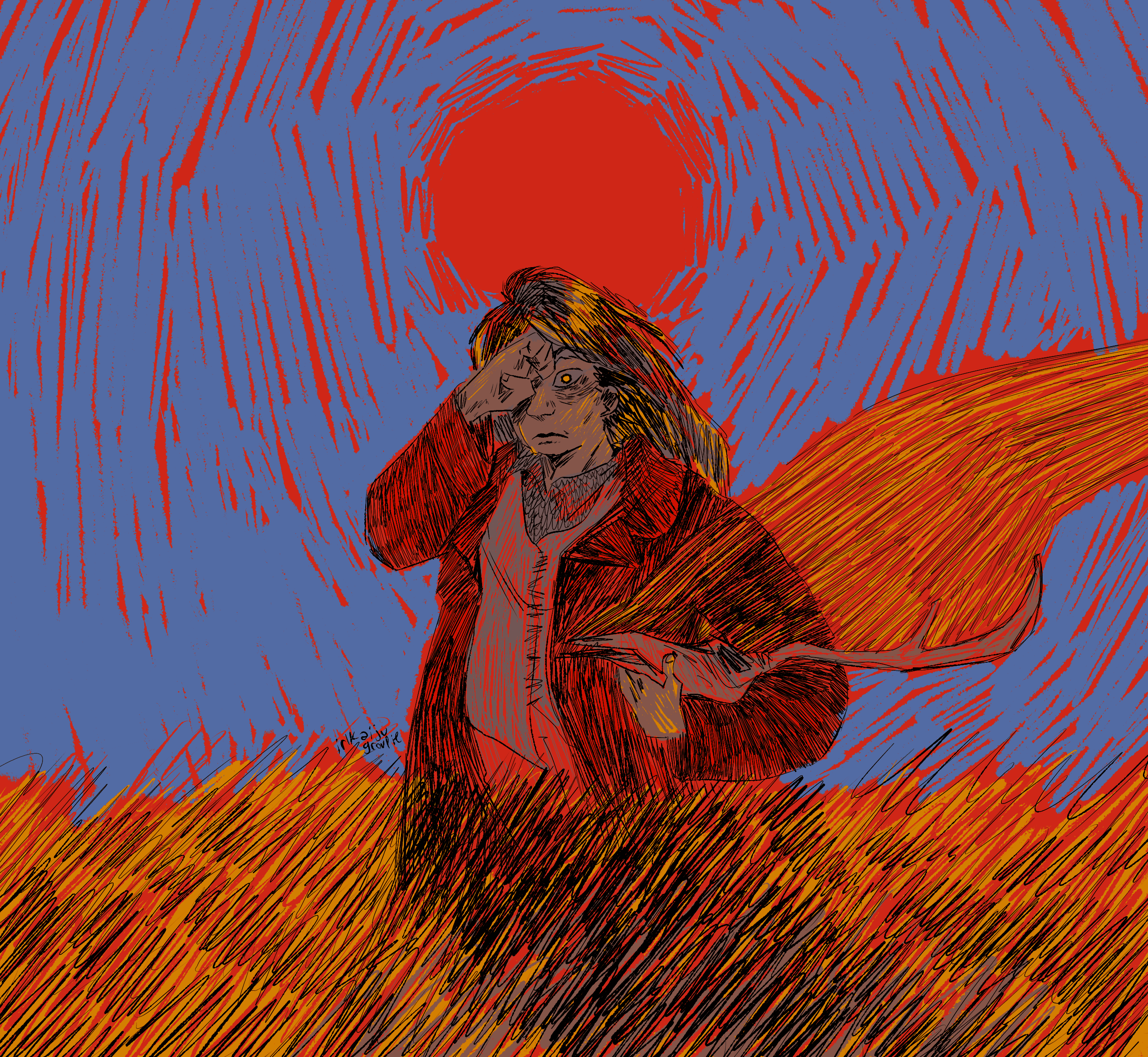 Image Description: With a messy style involving lots of lines, a young oersin, Sinta, is drawn standing in a field of waist high grass. She wears a coat too large for her and is pressing her right fist up to her right eye, which is crying. Her left eye is wide open. Her long, straight, dark hair flows out behind her. Tucked in her left arm is a deer-like skull, its antler branching out. The colors used are a light purple-blue, a vivid slightly desaturated red, a deep grey-pink (for Sinta's skin, clothes, and the skull), and bright yellow. The deer skull has smoke protruding out of it. Right behind and above Sinta's head, the red sun gleams in a circle. End ID.

Drawn right as I was on the cusp of properly developing Menoyukh'al from its older states into something more of its own. That is, I was mentally developing it, but not quite putting it into visual practice. Believe it or not, it was originally a story on Earth in the present day (like, 2016 at the time) that took place immediately after an apocalypse. Subsequent drafts had it happen later and later (5 years, a decade or two, a hundred years...) after said apocalypse, until I got sick of having it on Earth entirely.