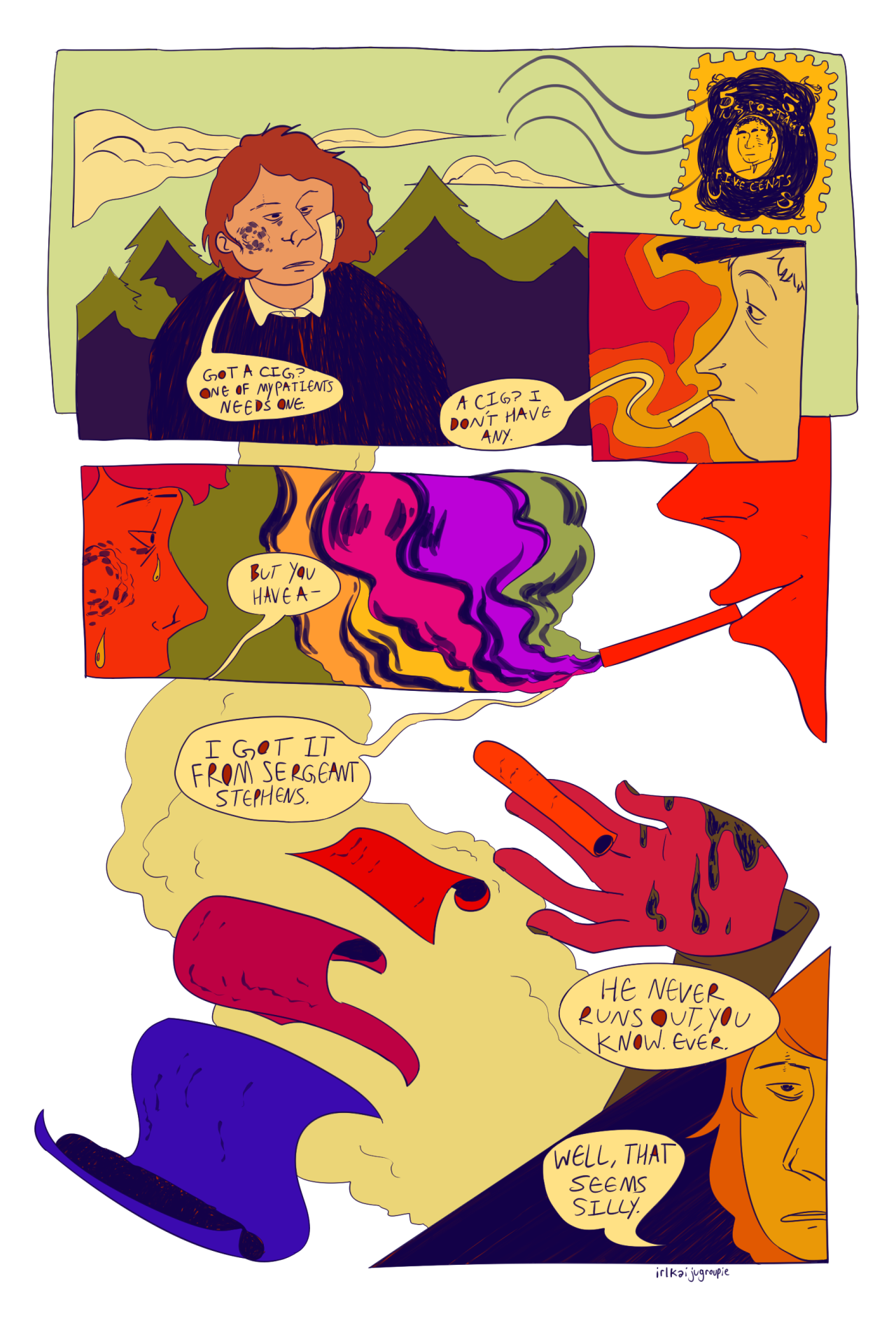 Image description: Clouds drift overhead. Ada Hayes, a nurse for the Union army with a scarred face and deep-set frown, walks up to a soldier.

Ada: Got a cig? One of my patients needs one.

Ada sweats a bit as she does a double take.

Ada: But you have a-

The soldier cuts her off with a languid smile and lets out a long puff of smoke. He imagines, for a moment, a strip of paper being rolled around tobacco.

Soldier: I got it from Sergeant Stephens. He never runs out, you know. Ever.

Ada: Well, that seems silly. She says this with a blank face.