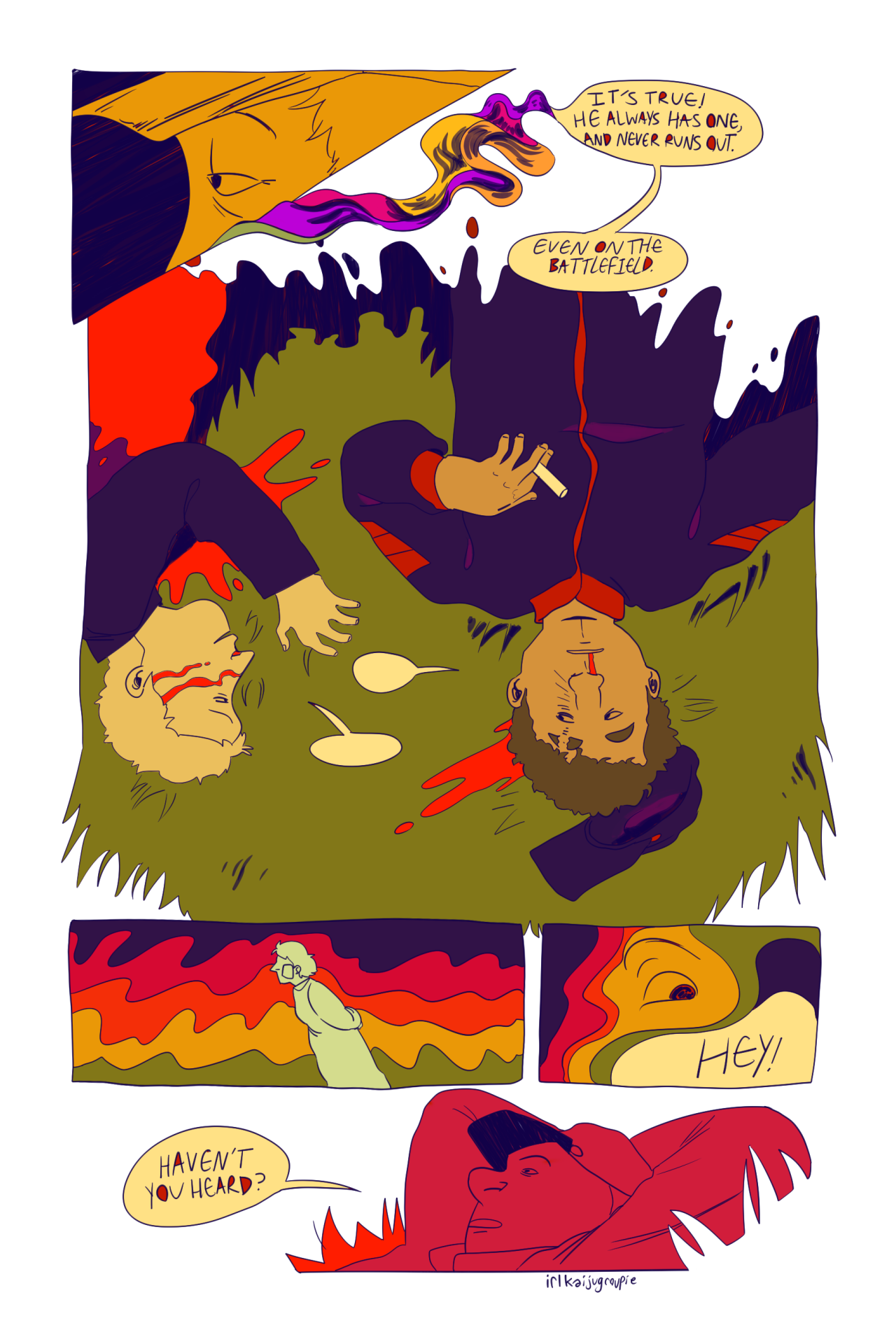 Soldier: It's true! He always has one, and never runs out. Even on the battlefield.

He thinks back to one such instance on the battlefield. He and the Sergeant Stephens in question lay in the mud and grass. The unnamed soldier lays on his side, bleeding from his forehead and scalp as he speaks to Stephens. Stephens is a Black man with a long, vertical scar down the left side of his face. He is laying on his back, bleeding from his nose and back of his head, a hand holding a cigarette. He talks to the soldier, if slightly more unimpressed than the other man.

Ada moves on, making her way slowly through the camp. As she walks, she jolts when another soldier, a small, round little man, calls out to her. He lays in the grass.