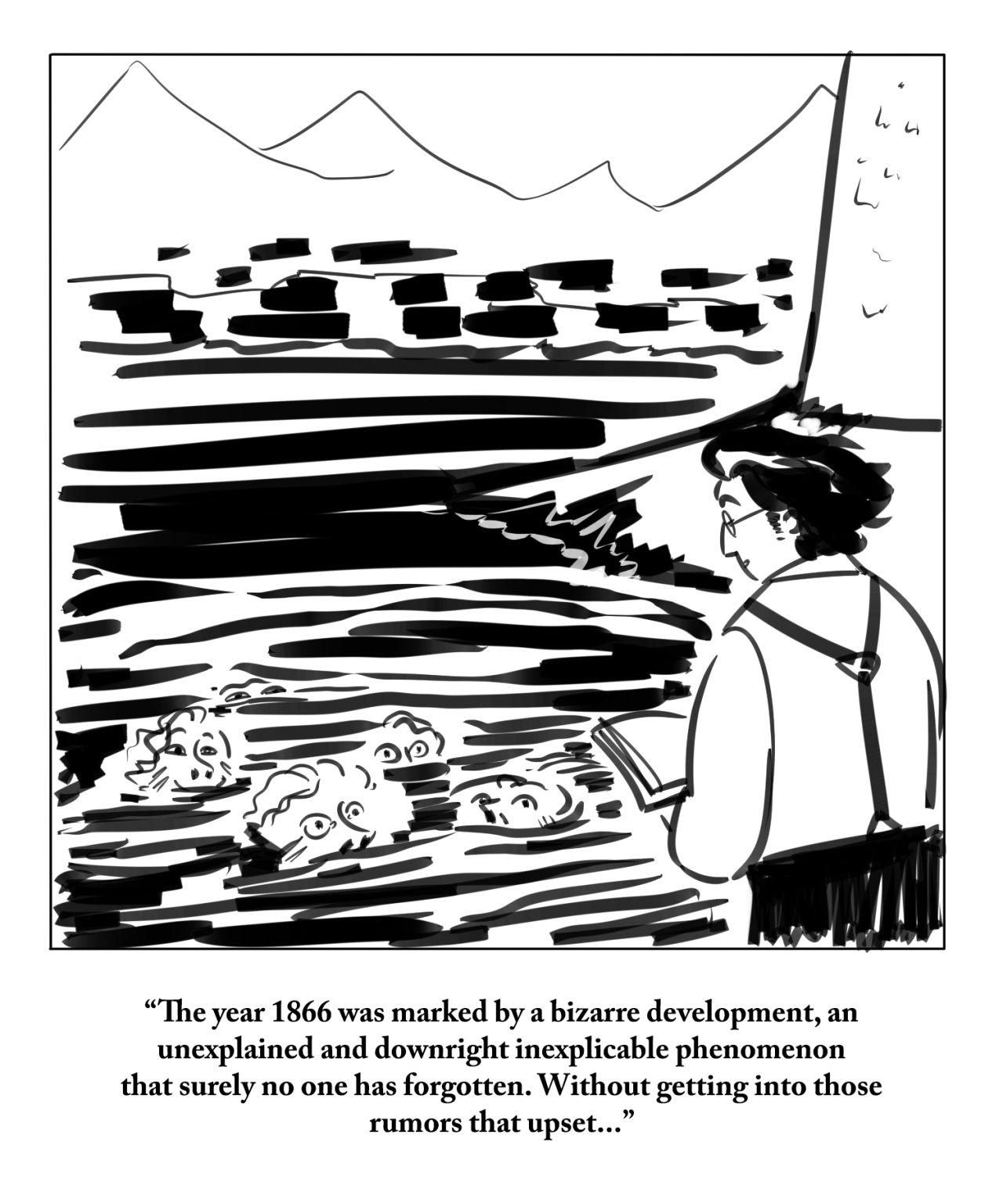 Third week of these little funnies!

Hafiz, the gruff lighthouse keeper, addresses a crowd of adolescent ocean mermaids, reading from a book: "The year 1866 was marked by a bizarre development, an unexplained and downright inexplicable phenomenon that surely no one has forgotten. Without getting into those rumors that upset..."

Gina, a baker holding proudly a tray with a frog-shaped bread that ribbits just like a frog, speaks to her to awed partners, saying: "25 years of cooking with magic has led me to this moment, dears."

Jan, wearing an extremely tall cone hat with little stars on it, frantically gestures to an incredulous Kaoru, yelling: "What do you mean it's 'too tall' and that it 'gives me even more problems with doorways' ?! This is what's in right now!"

Kaoru talks to an unknown caller in their apartment, lax and itching their torso. They say blandly: "I appreciate the concern, but my fridge hasn't moved at all since I put some anti-enchantment protections on it."

Cecilia groans as she aims her camera at some beautiful woods, albeit as a huge serpentine spirit makes its way through it. She says: "Dammit! The camera won't stop picking up this damn spirit that's getting in the way, but I need to take this shot quickly!"

Agnes and Kielo, busy at work investigating, look up in surprise as a ghost flows out of a mirror in the room. The ghost waves their efforts off, saying: "Oh, y'all're solving my murder? That's sweet! No need to go all film noir, though, 'cause I know exactly who killed me, and I'll just tell you..."

Kaoru stumbles a bit as they carry four large boxes for their neighbor, who also carries some. The neighbor's head, detached from their body, smiles nervously from atop Kaoru's box stack. Kaoru says: "No worries, bud! I'm happy to help! You're far from the weirdest neighbor I have either." END ID