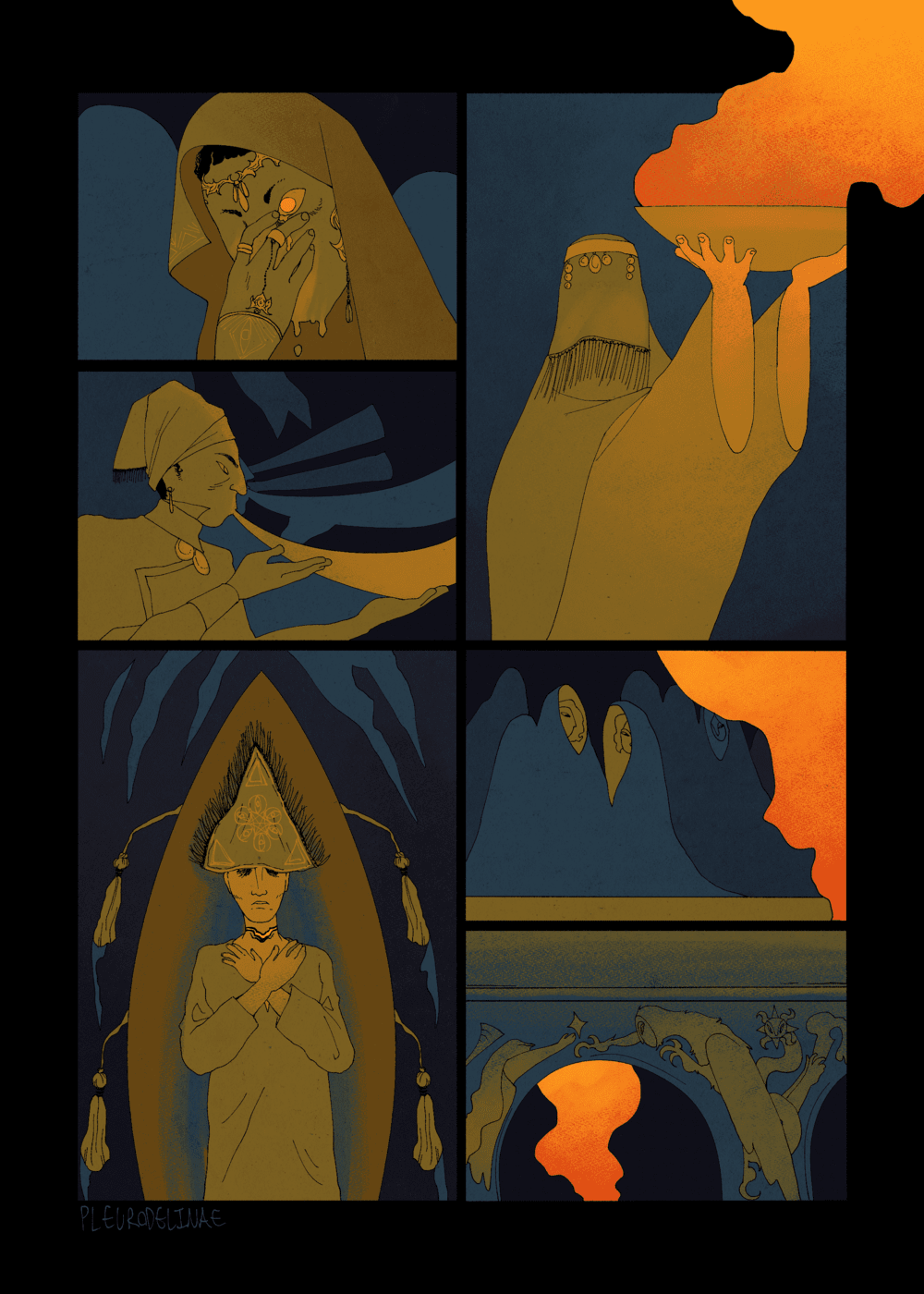 The night is dark, drenched in blue and black, but in that deepest dark pierce through the yellow of the six holy elements -- smothering is the solemn wordlessness.

The mother, intricate jewels shining against her chin, weeps -- and yet she still stares with a wide, pallid eye. With the power of the wind and the air, the procession of horns blow their low eulogies by grim-faced players.

And raising up high, high, the priest cradles the billowing fire, their face obscured by tassels and fabric.

And down in the water is the dead, neck slit, arms crossed, hair shorn, and face covered by holy cloth, floating in his river boat with the will of the sea.

The people of Adravezia watch, their mourning robes wrapping around the whole of their bodies. The fire, now within the boat, billows past the people, past the high arches of the city and their relief carvings. 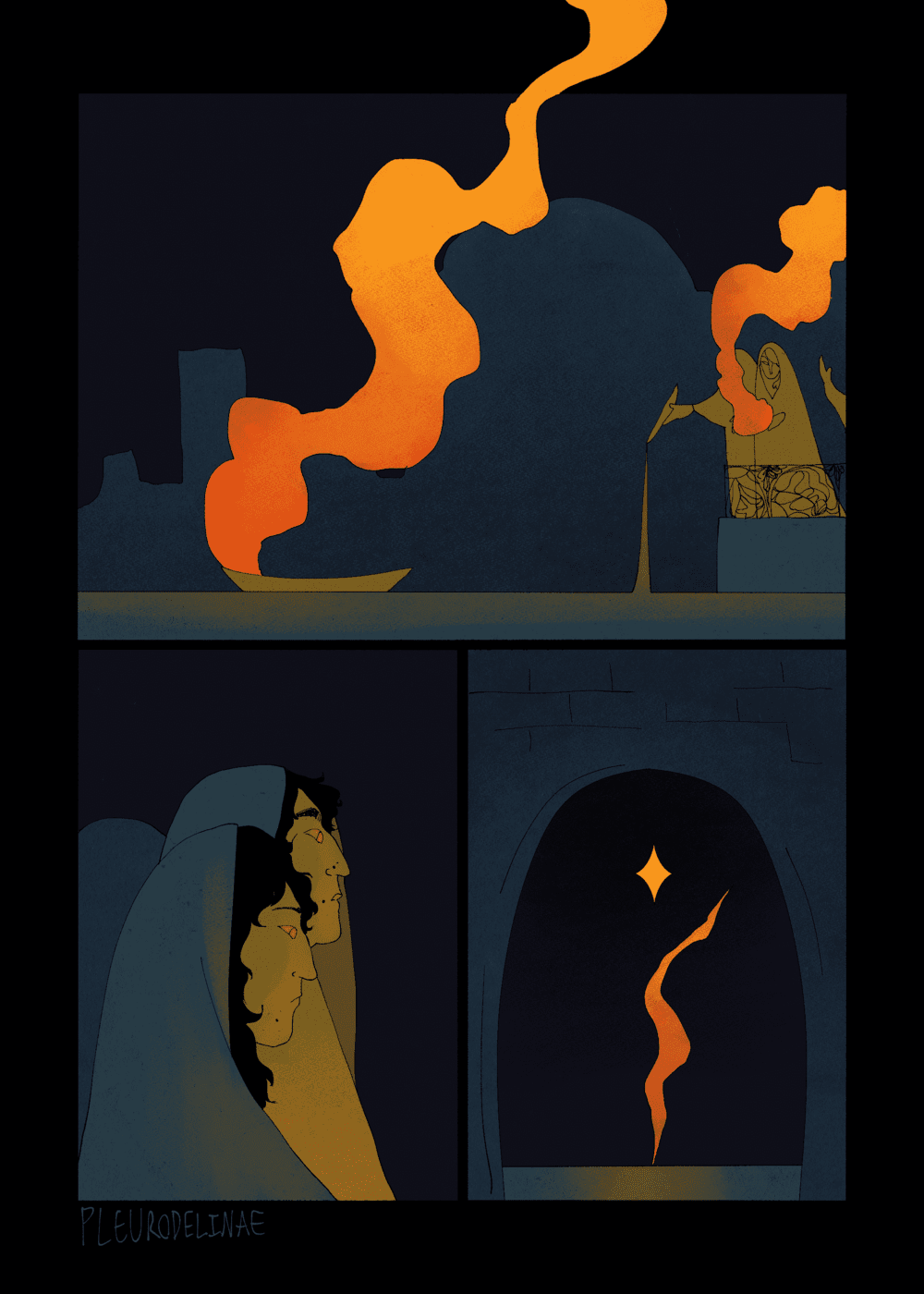 Past the last of the fenced streets, the watery roads open up to the wide lagoon and sea. Devotees, up against the fence, raise their arms, pour their fire and their water and their earth. The boat, burning, passes by the distant silhouetted domes and towers of the city.

Watching are the twins Alle'manne, too cradling their heads in funeral cloth, solemn and still faced and unblinking.

They, and all the others, watch as the boat drifts out to sea, its flame still burning under the gaze of the brightest star.

A little exercise in simplicity. I'm not sure if I was successful.